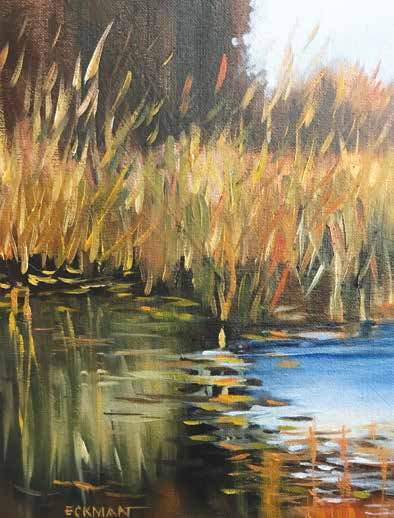 How does your watershed flow?

Of the earth’s surface, about 70 percent is water. You yourself are half to three-quarters water.

Where did you get your water? When you shed it, where does it go?

When water falls from the sky as snow or hail or rain, it almost always gathers together with other bits of fallen water and makes its way, together, to the sea. The land area where water gathers itself into a mutual flow is called a watershed.

Watersheds have always shaped human cultures. In traditional societies, folks living on a lakeshore would have drunk from the lake or the springs flowing into it, bathed in its waters, and dipped into it to carry upland for cooking.

People would have built latrines far from the lake, noticing that drinking raw sewage is less than ideal. They would have grown food watered by that lake and put nothing on their crops that wouldn’t be good for the lake by the time it got there. In fact, because their bodies were pretty free from poisons, their “night soil” would have been used to fertilize their crops, going safely back into the system from which it came.

Minnesota is known for its lakes, but its rivers reveal even more of its significance. Here at the center of this continent, nearly all of our water comes directly from the sky. No major waters flow into our state, but four of them start here. The Red River and Rainy River flow north. The Great Lakes flow east, and the Mississippi flows south.

While we get our water pretty clean from the sky, everyone downstream of us—and that is most of the continent—gets water that has in it whatever we put there.

Let’s get a little more local

Most rivers have tributaries: think of all the streams that flow into the Mississippi. In the Twin Cities area, those sub-watersheds are mapped as separate jurisdictions that govern stormwater and water quality issues for the people living there.

The Park Bugle readership spans three of those local districts. Most of Lauderdale belongs to the Rice Creek Watershed District. Parts of St. Anthony Park (notably its open ponds) fall within the Mississippi Watershed Management Organization. But most of SAP, Falcon Heights, and Como Park are in the Capitol Region Watershed. Our stormwater doesn’t make its own way to the river anymore. St. Paul has arranged for the rain on our roofs and in our gutters to go into underground storm sewers and then pour into the river.

Big changes have happened to the water flow here since European habitation. We were originally a rather soggy area, but decades of drainage and waterworks projects sought to change that.

At the time of European settlement, much of our area’s water gathered into the two arms of Bridal Veil Creek, which flowed roughly where Highway 280 is now, and then dropped as a beautiful falls into the river. That was once the second-most visited falls in Minnesota. Today, that creek flows through a pipe. If you hike to the Franklin Avenue Bridge, you can still see a bit of the creek pop out at Bridal Veil Falls—daylight again at last!

Who drinks from our watershed?

Only birds, rabbits, turtles and fish drink directly from this watershed now. (Next time you see a tossed cigarette butt, consider donning gloves and protecting them and the water from that waste.) When we drink from the tap in St. Paul, we are drinking from the Mississippi River, but from slightly further upstream. The river starts near Bemidji and then meanders down to Fridley, where our city diverts it toward us.

Since we don’t want to drink just anything those folks further north put in the river, St. Paul cleans it for us. The city cleans our household water better (studies show) than companies that bottle water do. If, in spite of that fact, you drink bottled water, you’ll have to do some research on your own. Where did your water flow freely before someone trapped it and sold it to you?

What has this got to do with poo?

Who is downstream of us? Iowa gets our water. So do people in and all the way down to New Orleans. The Gulf of Mexico also gets it, but by then it’s so full of gunk that no one can safely drink it. (That trouble comes mostly from fertilizers and herbicides spread on Minnesota farms—another water-damaging problem needing our attention.)

Until 1988, all of St. Paul’s household waste water—think dishwashing, laundry, showers, toilets—was sent into the same drain field as the rain and snowmelt. All of it churned together to a dump site at Pig’s Eye Lake. (Note: It’s not OK to dump sewage near a lake just because its name is not romantic.)

Starting in the 1800s, we modern urban folk pretty much trashed that site. It was low and swampy, so probably leaders at the time thought it was worthless. As a result, when the river was surveyed in 1926, only three live fish were found in the whole stretch from St. Paul to Red Wing. Drinking waste water, even when mixed with rain and snow, was not healthy. Many people have valiantly tried to clean up the Pig’s Eye site, but true clean there will never be possible.

Happily for the Mississippi River, the city in 1988 started separating the wastewater from the clean stuff that comes from the sky. Rain went into the storm sewer system and out to the river. The used household water now went through a different set of sewer pipes to a new treatment plant further down the river. Supported by our tax money, this system does a lot to clean it up. At the end of the process, our waste and other solids are burned. The cleaned-up liquid part of our waste flows back into the good Mississippi again. It’s pure enough that many fish survive drinking it.

What can you do to befriend your watershed?

Look closely. St. Anthony Park artist Karlyn Eckman saw the water intently when she painted by the side of Stinson Pond. Then you could head out your door to find the nearest storm sewer. Clean it of plastic and sticks; in spring and fall, make sure it’s free of leaves.

You could peruse the map-filled “Historic Waters of the Mississippi Watershed Management Organization” (see the link in the Resources sidebar).

You could hike down to Franklin Avenue Bridge and find the remains of Bridal Veil Falls.

Come spring, you could join us for a rambling neighborhood exploration to discover visible remnants of our watershed’s history. Watch for details in a future Park Bugle column.

What will you, on your own, do for water?