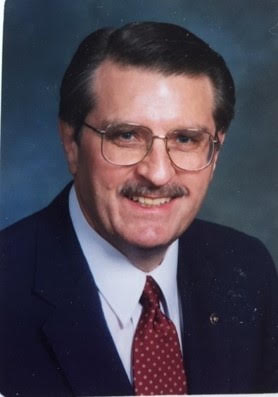 Robert John Hoyle 82, the longtime executive director of the International Institute of Minnesota, died on Oct. 23, 2021, after battling cancer.

Hoyle served at the helm of the institute for 35 years.

Born in 1939, Hoyle was the son of Clarence and Kathleen Coughlin Hoyle. During his lifetime, he achieved many honors.

Hoyle graduated from Roosevelt High School in 1957 (Hall of Fame, 2016) and St. Olaf College in 1961 (Distinguished Alumnus award, 1997). He was selected as one of the first two Peace Corps volunteers from Minnesota, then assigned to Iloilo, Philippines as an assistant teacher.

After completing a master’s degree in public administration at Northern Illinois University, Hoyle worked for the Lutheran World Federation in Jerusalem and Jordan for three years distributing food to thousands of displaced people and helping villagers develop local infrastructure projects.

Afterwards, Hoyle was the executive director of Zambia Christian Refugee Service for two years. Upon return, he served as the executive director of the International Institute of Minnesota from 1970 to 2005. During his tenure, the institute resettled 20,000 refugees, initiated a nursing assistant program and extended the Festival of Nations to become an annual event.

Locally, Bob chaired the St. Anthony Park Lutheran Church management committee that undertook an upgrade and expansion of the kitchen, creation of a nursery and reallocation for office space.

Through Rotary International and other organizations, the Hoyle family welcomed 27 teenagers from various countries to stay in their home for short to yearlong stays.

Memorials are preferred for the Hoyle Endowment for student international travel at St. Olaf College (507-786-3076 or otten@stolaf.edu) or the International Institute of Minnesota (651-647-0191 or iimn.org).