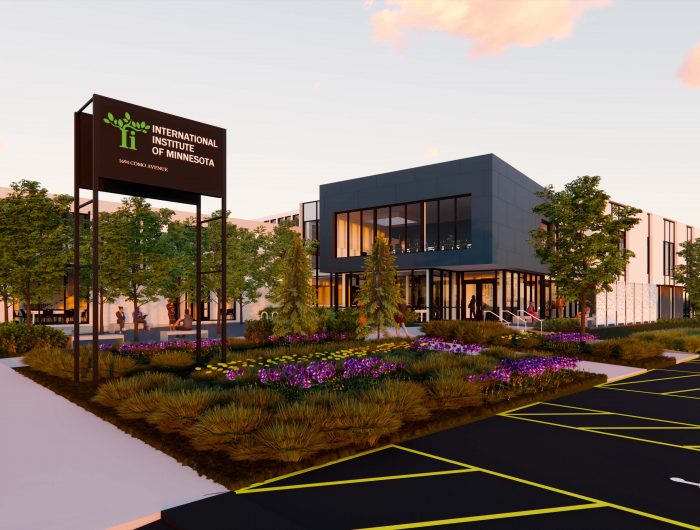 In August, as the Taliban seized control and U.S. troops withdrew from Afghanistan, at least 18,000 U.S.-affiliated Afghans and their families were thrust into a high state of emergency.

These Afghan special immigrant visa applicants had assisted the U.S. government as translators, interpreters and in other capacities. The SIV program allows Afghans whose lives are in danger due to their service to apply for resettlement in the U.S. But at the Bugle’s press deadline, thousands were still awaiting approval.

The International Institute of Minnesota in St. Paul welcomed 13 SIV evacuees in August, one family of nine and one of four members.

“You’re leaving your country, your home, in the middle of a massive transition and extreme unrest,” explained Mahmoud Ahmed, a case manager at the International Institute of Minnesota. “There’s violence, there are targeted attacks. One of my clients had his colleague and friend killed by the Taliban not a week before he left.”

Although separate from the U.S. Refugee Admissions Program, SIV holders are eligible for the same benefits and services as refugees, and they also undergo thorough security vetting and health screenings.

Upon arrival, institute staff greets SIV and refugee families at the airport and transports them to a furnished home with groceries and a warm, culturally appropriate meal. When housing is not immediately available, clients are temporarily placed in a hotel or with a friend or relative, according to Institute staff.

According to Minnesota Compass, about 500 people in the state have Afghan ancestry. The two families who recently arrived in the U.S. chose Minnesota as their destination because they have friends who are residents, said Zahra Halboon, an Institute staff resettlement member.

In the days and weeks after arriving, resettlement staff works with clients on many tasks to support their transition. This includes helping clients apply for Social Security, health insurance and public assistance and enrolling families in programs and support services, including English classes, employment training and public school, according to Institute resettlement staff.

Of the initial preparation tasks, “the toughest part is finding housing,” said Halboon, who assisted with the Afghan families resettlement.

Besides a housing shortage in Minnesota—especially for units with three or more bedrooms—Halboon explained that many properties require a rental history and an income that is two and a half times the monthly rent. For refugees who have just fled their homes due to war, persecution or natural disasters, meeting these requirements normally is unattainable.

Halboon and Ahmed said the institute is grateful to have housing partners who understand the unique situations of refugees and adjust their requirements accordingly. Additionally, clients’ friends or relatives have served as co-signers, and donations from community members have been critical.

Ahmed said the institute aims to build “a more robust network” of partners so that families can quickly move into homes that meet their needs.

“We are looking for more and more ways to engage the real estate community,” Ahmed.

The institute’s clients have found safety, but the path ahead remains challenging.

“They’re worried about what’s going on with their families back in Afghanistan,” Halboon said.

“They’re dealing with shifting their entire lives and coming to a new country while dealing with that constant uncertainty,” Ahmed added.

While waiting for news, they are pushing forward. Two members of one family have already found jobs.

“You must come to our house to celebrate! We’ll have a party,” Ahmed reported they urged after sharing the news with him.

Although the situation is in flux, the Minnesota Department of Human Services reports that up to 65 Afghan SIVs and at least 250 additional evacuees may be placed in the state through September. As of Sept. 7, 35 SIVs have arrived.

If community members would like to offer support, the institute is encouraging contributions to its SIV Refugee Family Fund at iimn.org/afghanistan. In-kind donations cannot be accepted while construction continues at the nonprofit’s 1694 Como Ave. location.

In addition to financial support, Ahmed encourages neighbors to foster a welcoming community spirit for immigrants: “Have an open heart, open arms and open your home to these new Americans.”

The U.S. Committee for Refugees and Immigrants, the institute’s national affiliate, reported that more than 80,000 American-affiliated Afghans and their families remained in Afghanistan as of Aug. 17, and hundreds of thousands of others also need evacuation.

Christie Vogt is a Twin Cities freelance writer for the Bugle, who formerly worked for the International Institute of Minnesota.