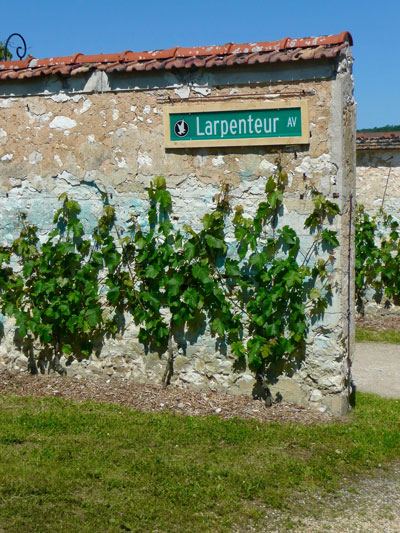 It’s a long street, but not that long

After the Park Bugle published an article about Auguste Larpenteur (“Larpenteur got a street named after him, but not the one he wanted” January 2016 issue) Falcon Heights Mayor Peter Lindstrom told us of a modern-day “French Connection.”

In summer 2011, some 175 Larpenteur relations from the United States and France gathered in St. Paul and one of the reunion events was held at the Ramsey County Historical Society’s Gibbs Farm, Larpenteur and Cleveland avenues.

There, Lindstrom presented the group with a Larpenteur street sign that today adorns a vineyard wall in Thomery, France, the Larpenteur ancestral home.—Roger Bergerson