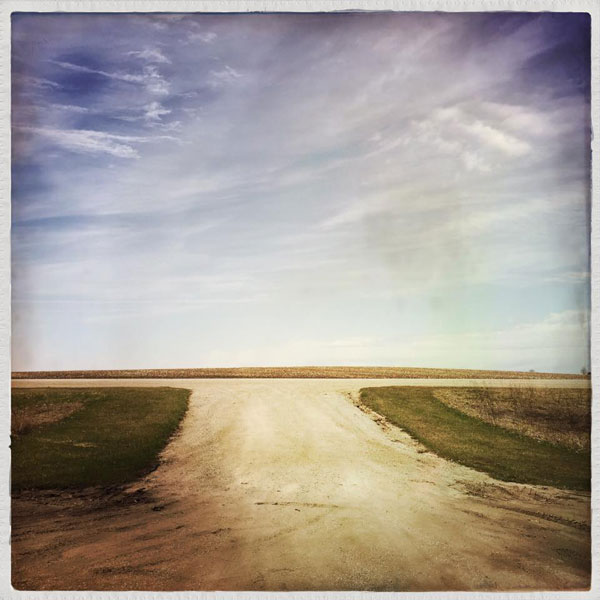 It’s time to hit the road

Last month, we asked readers to tell us about their favorite close-to-home summer jaunts. We wanted to hear about things to do in the city, or day trips, or places you can get to in a day’s drive. We got a few responses, which are printed below, but first, here’s mine:

I spent my pre-teen through young adult years in the Red River Valley of eastern North Dakota, thanks to my father’s career in the U.S. Air Force. The flat, dark farm fields and incessant wind were a far cry from the green rolling hills of southern Ohio, where my mom was raised, or the Atlantic coast, where my dad grew up watching dolphins and the tide move in and out.

Me? I watched the sky.

People dismiss the Dakota flatlands because, well, they are flat. There aren’t many trees. It seems empty to visitors unaccustomed to so much space. What they aren’t seeing is the sky. The Red River Valley landscape is 75 percent sky.

Meteor showers, the green haze of northern lights bouncing off the horizon, watching a rainstorm move in from miles away while the sun is still shining on the gravel road you’re standing on: this was the stuff of my youth.

So every summer, I yearn for a few nights camping on the prairie just so I can look up. I achieve this each July when my family and I head up to the flatlands and the Winnipeg Folk Festival, a 43-year-old four-day music festival held in lovely Birds Hill Provincial Park just 20 minutes northwest of the city of Winnipeg, Manitoba.

I began attending that festival as a teen living only 150 miles south. I went for the music and the adventure back then. Now, I just want to spend time in the open air, stay up late around a campfire in hopes of catching the aurora borealis dance across the night sky, watch storm clouds roll in from the west. It doesn’t hurt that there’s an incredible soundtrack of world music happening at eight daytime stages on the festival grounds. If you want to escape the (not-so-large) crowds of music lovers, you can walk out into a field of grass and listen from afar.

You can find out all you need to know about the festival at www.winnipegfolkfestival.ca. It’s an eight-hour drive from the Twin Cities. Drive to Fargo, take a right and follow the Red River to Winnipeg.

And keep your mind and eyes open as the Minnesota hills and trees end just past Alexandria on I-94. That’s my favorite part of the trip: the spot where the land levels out and the only thing to watch is the sky (and the car in front of you).

My favorite summer spot is Lake Como. At Como Dockside in the pavilion just off Lexington Parkway, there’s a variety of great music, a wonderful view, and there is always something going on. In the evening, after the music is done, the lake becomes a quiet and peaceful place for a stroll.

I rediscovered the Eloise Butler Wildflower Garden this spring. It’s a lovely place for a walk. The wild geraniums were in bloom, and we were able to observe a group of turkeys as they made their way down the path in front of us. Went back two weeks later and it was an entirely different experience. The showy lady slippers were on full display—gorgeous.

I think Decorah, Iowa, makes a good weekend trip or even a one-day turnaround. Places to visit:

Stop at Burr Oak, Iowa, on the way. It’s a town where Laura Ingalls Wilder lived with her family but never made it into one of the books. It was included in her first manuscript, but was edited out by her daughter because it made the settlers look bad.

Accessible by car or bike, one of my favorite places to visit during a summer in the cities is Lake Calhoun. Near a bustling Uptown and with a view of the downtown skyline, once you get onto the Calhoun beaches you feel like you’re miles from a busy city. Whether you want to grab a grill and fire it up for a day of grilling in the sun or simply lay a towel down in the sand and doze off, Calhoun is a gem amongst the bustle of the city.

On my early spring flight to Paris via Cambodia and Croatia, a perky seatmate off to celebrate her 90th advised me to discover the Minnesota Marine Art Museum (MMAM) in near-to-MSP Winona. The twinkle in her eye telegraphed it would exceed expectations. So I’ve now visited MMAM while riding from two recent weekend BMW motorcycle rally campouts in the scenic Driftless regions of southwest Wisconsin and southeast Minnesota. If I’d expected rivercraft artifacts at MMAM, it proved a Dorothy-not-in-Kansas-anymore delight!

Two standout features (vs. major world museums): each artwork’s illumination renders its colors so ever-fresh. Info-placards: MMAM’s curator seems inspired to playfully entice and educate the viewer into the context of the art and the artist’s life. Examples: “during a happy period of Constable’s life, before the death of his wife in 1828”; “Beckmann’s paintings show the conflict between freedom and restraint”; “this is Vincent van Gogh’s first independently made work”; “coming from a wealthy family, Corot gave other artists much of the proceeds from the sale of his works”; “Gauguin’s still lifes give fruits and vegetables the same degree of sensuousness as that of his human figures”; ”the water looks real enough to flow onto the floor. Check your shoes.” (Quite refreshing vs. typical gallery small placards noting only artwork title/year, artist lifespan.) Better yet: the MMAM placard texts are in large font, readable from artwork-appreciation distance.

My recommended ever-scenic Mississippi River day-trip to MMAM for friends, family, visitors (one-way is 115 miles, or two hours): Highway 61 from St. Paul, cross over the St. Croix River to Prescott, Wis., then take rolling WI 35 through Stockholm, Nelson and Alma; cross over the bridge at Winona (take the first two rights: Huff Street to the riverfront MMAM). Return via Hwy 61 (a fast four-lane from Winona to Wabasha, Red Wing to Hastings to St. Paul). Or take Hwy 61 southward first and return via WI 35—whichever fits lunch preferences.

A quirky option in Nelson: although “everyone” knows Nelson Cheese Factory, one should experience J&J BBQ (look for the red and yellow storefront), not only for its luscious beef brisket sandwich or refrigerator of a dozen root beers, but also for all the peculiar stuff filling shelves and walls (and its sole WC with cheerful perhaps-inappropriate signage).