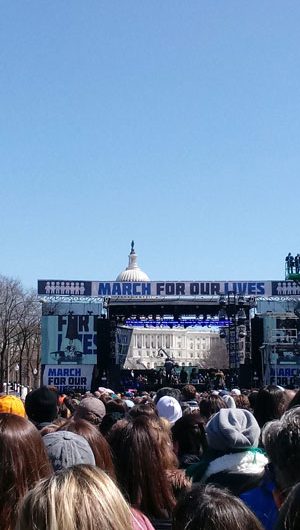 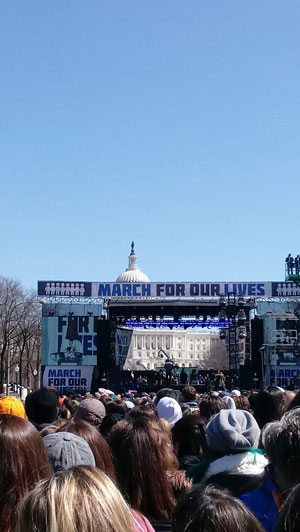 Three students from Jennings Community School, 2455 W. University Ave., attended the March for Our Lives Rally on in Washington, D.C., on March 24. Chavarious Harwell, Kemonie Roan and R’elle Robinson were among an estimated 800,000 participants at this historical event.

People from across the nation were present to hear speeches by young people from Florida’s Marjory Stoneman Douglas High School. There were other speakers, too—all were young people. Not one adult approached the podium.

One articulate girl who addressed the packed crowd was Naomi Wadler. She is just 11 but demonstrated that she is determined to end gun violence.

Martin Luther King’s granddaughter, Yolanda Renee King, who is 9, also spoke and expressed her dreams of one day having a gun-free world.

Eighteen-year-old Douglas High School student Emma Gonzalez’s speech was highlighted by six-and-a-half minutes of silence. Her classmate David Hogg appealed to a call for action for young people to vote out politicians who are not committed to ending school shootings. “I’m not old enough to vote,” said Jennings’ Kemonie Roan, “but when I can, I’m going to have prior knowledge on who supports what and who’s allied with whom.”

The Jennings Community School students said this was a life-changing experience and their generation can have an effect to change the world.