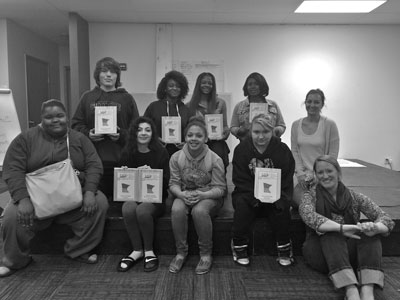 STARS is an acronym for success, teamwork, achievement, recognition and self-esteem. Nearly 300 students from more than 30 schools from across Minnesota competed in a number of events related to career and college skills at the conference.

Coleman and McDuffie won first-place medals and plaques for the Entrepreneur event, in which students had to write a business plan and present that plan to volunteer judges. Most judges are from private industry.

Boone and Burch took home a first-place award for their audio-visual promotion.

In the category of Career Portfolio, Boone, Coleman, Scarver-Parker and Schaaf placed in the top eight, out of 48 entrees. Boone won the first-place award.

Jennings CLC student Jessany Williams is an example of how important MAAP STARS is and the opportunities it offers young people. Williams participated in the public-speaking event a number of years ago and impressed the judge so much he suggested she apply to Rotary Club to be a foreign exchange student. With the Rotary Club’s assistance, she was able to study in Japan for her senior year in high school. Williams, who will graduate from Hamline University in May and speaks fluent Japanese, has returned to Japan twice since her first trip.