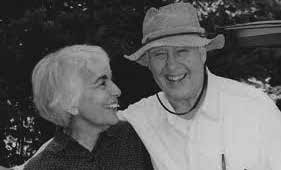 A friend to all she met, Ki Ki was born to Greek immigrants who landed at Ellis Island and settled in Evanston, Ill. She gradu­ated from Evanston Township High School in 1951, then received her B.A. from Northwestern University in 1954 and two master’s degrees, in education and guidance and counseling, from Northwestern in 1956.

Ki Ki began her teaching in 1954 at Evanston Township High School, Evanston, Ill., and went on to teach at Arlington High School and Prospect High School in Illinois; Westside High School, Omaha, Neb.; the YMCA of St. Paul; Como Park, Harding, and Central high schools in St. Paul, before ending her formal teaching career at St. Paul Academy from 1985 to 1996.

Ki Ki was a multi-year nomi­nee for Minnesota Teacher of the Year. She continued working at the University of Minnesota Boynton Health Service until 2016. Ki Ki taught adult Spanish classes from 1970 until shortly before she died.

A memorial service will be held at St. Anthony Park United Church of Christ at 10 a.m. Friday, Aug. 30.

Memorials, if desired, are suggested to the University of Minnesota Cancer Center, Habitat for Humanity or the St. Anthony Park Home.