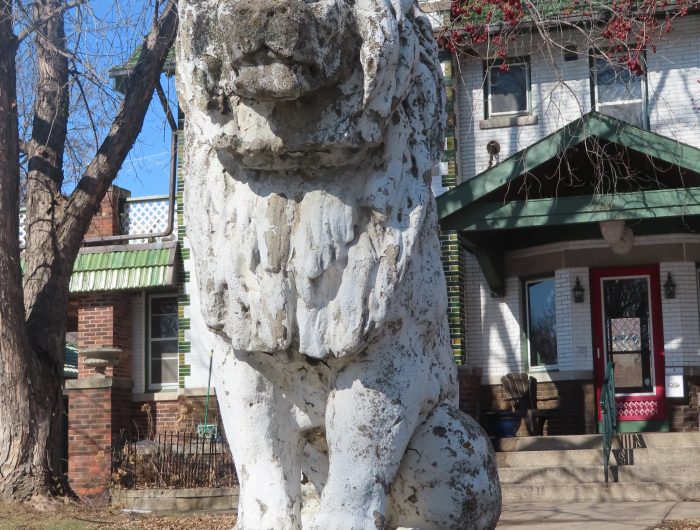 It’s called The Lion House, a mammoth 107-year-old mansion on Midway Parkway in the Como neighborhood.

Once home to a dance studio, the three-story mansion Lion House today is a sober house for women recovering from chemical dependency. At any given time, the house, with its eight bedrooms and bathrooms, can accommodate 14 women.

Patrick Flanagan, a former financial services bond trader and a recovering alcoholic, bought the Lion House in 2019 with his business partner Tom Rothstein for $820,000 with the goal of making it a sober home for women.

“There’s 4,000 sober living beds in the Twin Cities,” said Flanagan, chief recovery officer of St. Paul-based The Irishman and Associates, a full-service alcohol and drug intervention and case management firm. “I wanted to provide an experience that’s about the guest’s recovery. A different experience than what most experience.

“I found The Lion House online and thought it would be an amazing sober living house in a great, safe neighborhood,” Flana­gan, 47, said in an email. “I wanted the guests to be proud of their sober living. They feel excited to live here, it’s not further punishment.”

Flanagan knows all too well the dark side of chemical dependency—­and the price.

A heavy drinker since his college days, Flanagan found alcohol taking control of him in his early 40s.

“It was affecting my life, my relationships and my career,” he said. “It was really taking away from the dad, the husband and the co-worker I wanted to be. I think as my kids were older, I didn’t have as many daily responsibilities. I was successful financially and was coasting a little.

“At the time, I lived in this beautiful house, my kids were in private school and I belonged to a country club. It looked so good on the outside. But things were getting worse and worse on the inside.”

Five years ago, Flanagan’s family and close friends prevailed on him to enter treatment at Hazelden.

“But I went into that angry, not accepting and not surrendering to the disease. When I got out after 28 days I didn’t do any programming. Then I was dry, but not sober. When you’re dry, you’re not drinking for everyone else. It took me three more years and more trips in and out of rehab to get sober for myself.”

When Flanagan finally accepted seeking sobriety for himself, he lived in sober living for six months in 2019, dove into Alcoholics Anonymous and saw the benefits of sober living. But he also lost his marriage in the process.

Flanagan credits Tara Heald, manager of The Lion House, for much of its success.

“She, like me, has two years of sobriety and has a relationship with every guest and their family,” he said. “Tara is a single mother who lives in Woodbury. She is so present in the house and an amazing role model of recovery for the women who stay with us.

“Once word got out through referrals, it’s been amazing,” Flanagan said. “We have 14 beds and we are full with a waiting list.”

For all of its success, however, the sober house also has faced challenges. For example, starting up during the pandemic hasn’t been easy.

“We’re taking precautions with cleaning and masks,” Flanagan said. “We don’t allow many people inside who don’t live here or don’t have a purpose in terms of recovery or maintenance.”

Because the house is 7,200 square feet, the residents have plenty of space to spread out for living and setting up home offices, a rarity for sober homes, Flanagan said.

One drawback during Covid: Having AA meetings close down.

“Thank God Zoom became what it did for the recovery community,” Flanagan said. “It’s been huge. It has saved a lot of lives. A lot of our guests came from one form of isolation or another. With 14 women in the house you can’t isolate. It’s part of the mission. Sober living has helped keep them from isolation in recovery.”

Meanwhile, Flanagan said the Como community has been a strong supporter of The Lion House program, buoyed by his promises to maintain the history of the house inside and out.

“Now we get emails from neighbors offering to bring cookies or pets by the house,” he said.