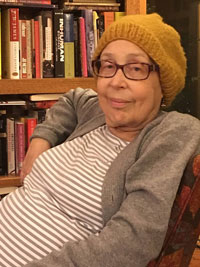 Lisa Carlson Griffin, 62, died from complications of multiple myeloma on Dec. 22. Lisa was born March 23, 1953, in Sidney, Mont., to Joyce and Harley Carlson and lived there until age 5. Lisa spent her early years on the plains of eastern Montana enjoying time with her maternal grandparents on the farm where her mother had been raised.

The Carlson family moved to Rochester, Minn., in 1958. Lisa spent her formative years there, graduating from John Marshall High School in 1971. After high school graduation she started college at St. Olaf in Northfield, Minn., and after two years, transferred to the University of Montana and graduated with a bachelor’s degree in anthropology.

Following graduation she moved to Columbia, Mo., for graduate studies and obtained her master’s degree in anthropology from the University of Missouri. During her graduate studies Lisa participated in archaeological surveys and excavations in the Midwest and northern plains of the U.S. She also served as an archivist at the Missouri State Historical Society and the Western Manuscripts Collection at the University of Missouri.

While in graduate school Lisa met her future husband, David. They were married in 1979 in Rochester, Minn. Their first daughter, Berit, was born in Columbia in 1982, and their second daughter, Kirsten, was born in Rochester in 1983.

In 1983 the Griffin family moved to St. Paul and raised their daughters in St. Anthony Park. Lisa taught in the St. Paul Public Schools for many years, principally in high schools. At the end of her career, she taught at Como Park Senior High School, where her children had been students. Lisa loved her students and she enjoyed her job immensely. She was an excellent teacher, encouraging students to excel and giving them the time and support to do so.

Lisa was an active volunteer both in the St. Paul schools and at St. Anthony Park Lutheran Church. She was loved by all who came into contact with her. She enjoyed time with all of her family, particularly in the mountains of Montana at the family cabin. She was an avid gardener and reader and a friend to all. The home she created for her immediate family served as a second home to her large extended family and network of friends.

Lisa was a bright light to her family and friends, and her absence will be keenly felt for a long time.

She was preceded in death by her father; mother-in-law, Isabelle Griffin; and father-in-law, David Griffin Sr. She is survived by her husband and daughters; mother, Joyce Carlson; and siblings, Hans (Carol) Carlson, Janna (Paul) Carlson-Donohoe, Leif (Jessie) Carlson and Berit (Peter) Andreone.

Her memorial service was held at St. Anthony Park Lutheran Church on Jan. 9.