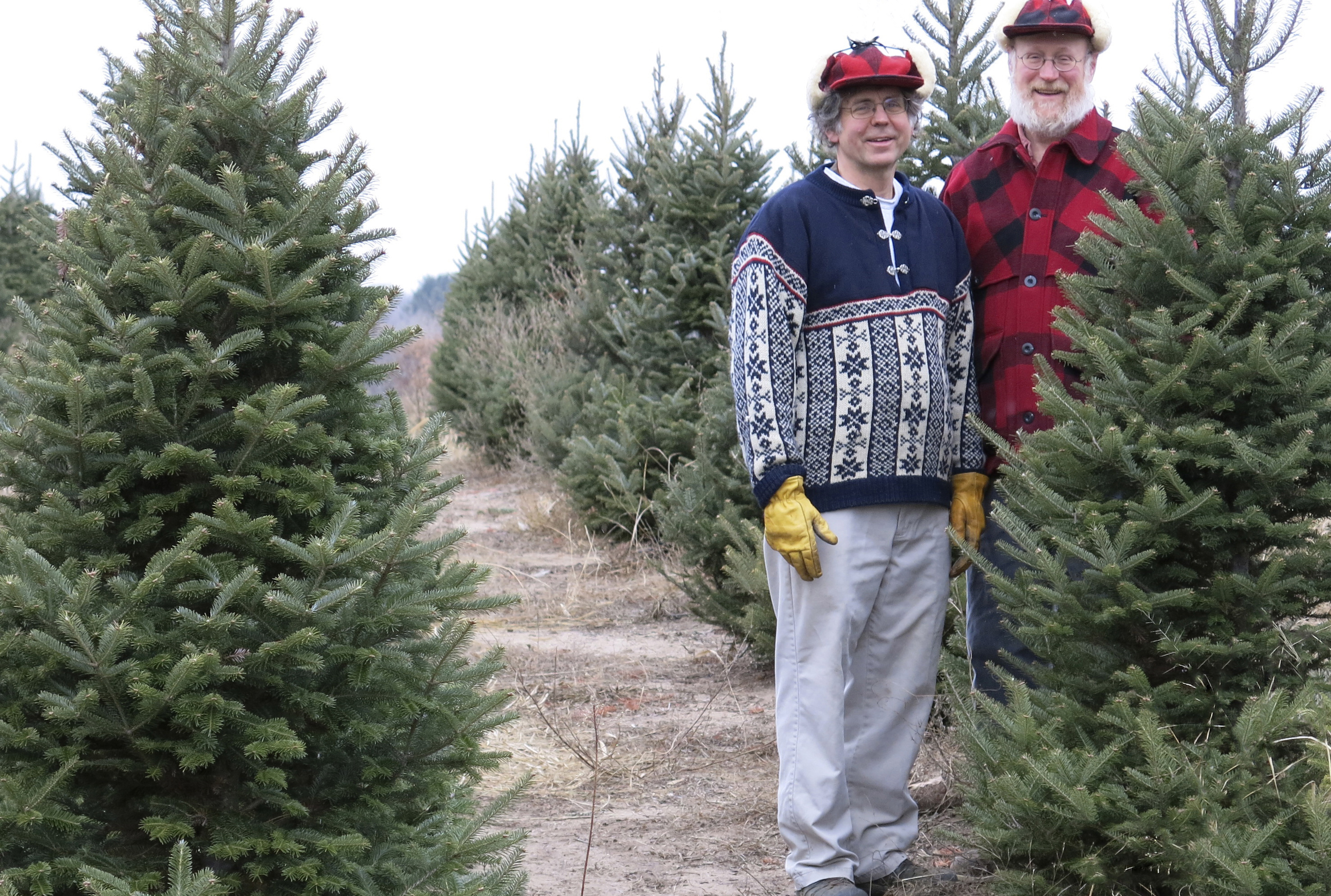 Once upon a time there was no such thing as a Christmas tree farm in the land of lakes—until University of Minnesota forestry professor Henry Hansen began planting spruces and pines on a tax-delinquent piece of land he’d purchased in Anoka County in 1952.

Sixty years later, the Hansen Tree Farm is credited as being the first commercial Christmas tree farm in the state. Hansen, a founding member of the Minnesota Christmas Tree Association, started the venture as a means to finance his three sons’ college educations. Now, his two youngest—Mark and Dave, both residents of St. Anthony Park—are literally keeping the (camp)fires burning on that 40-acre plot that has become a holiday destination for many area families.

For the first 10 years after buying the land, Henry and his wife, Charlotte, father-in-law Harry Lindquist (yes, the Harry Lindquist, creator of the famous Christmas Sausage sold at Speedy Market, but that’s another story . . .) and oldest son Trygg planted trees, transforming the farm field into a managed urban forest.

Trygg, who died two years ago, and his St. Anthony Park friends did much of the work during the summers of their junior and senior high school years, said Dave Hansen. “I think there were about a half-dozen guys who had it as their summer job.”

The Hansens began harvesting and selling the trees in the late ’50s and early ’60s, Mark said, supplying metro-area tree lots and allowing visitors to cut their own trees at the farm.

“We spent a lot of time out there,” Mark said. “We didn’t consider it work. My oldest brother, Trygg, he did a lot more. He was in high school and college when most of the planting was done and most of the shearing.”

By the late 1960s, the initial trees had become overgrown and the Hansen boys had entered their “rebellious teen and independent adult” years and began to lose interest, Dave said.

“The farm basically went to seed and became overgrown,” he said. It was after a trip to Europe in 1980, where Dave saw the well-managed European forests, that he began to “feel guilty of how we were neglecting ours.”

The next spring, Dave, Mark and Henry began plans to renew the farm.

“It took about 20 years to bring it to what we envisioned and it has become even better since then,” Dave said.

Now, the farm is a year-round hobby, said Mark, who keeps a quarter-time job with the U.S. Forest Service on the U of M’s St. Paul campus after retiring two years ago. Dave, a photographer with the university’s Extension Service, and Mark spend two or three spring weekends planting trees each year. In the summer, “it’s weed control and shearing and shaping the trees and maintaining the irrigation system,” Mark said.

Come fall, they thin the trees, continue weed control and work to maintain the buildings on the site, which include a barn that’s used as a gift gallery and warming house. Once the sale season starts, they are out there every weekend ”sun up to sun down—or a little longer,” Mark said.

Mark’s three sons—Kip, Per and Trygve—and Dave’s two children—Britta and Kell—grew up working on the farm. And so have many neighborhood kids.

“For most of them, it was their first job,” Dave said. Many returning college students ask to work over Thanksgiving weekend and when they return home for winter break. “They enjoy the work, reuniting with their co-workers and just being out there,” he said.

The Hansen Tree Farm celebrated its 60th anniversary this year by introducing horse-drawn sleigh rides the first three weekends of the season. You can still visit the farm if you get there by Saturday, Dec. 22.

Harry Lindquist, father-in-law of Henry Hansen, with a customer in 1975.

To find out more, go to hansentreefarm.com.