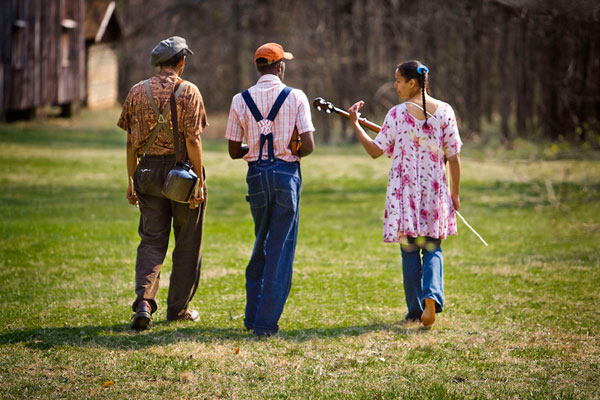 Whitehead, a musician and roots-music fan, has been working on “Don’t Get Trouble in Your Mind: The Carolina Chocolate Drops” for more than 10 years. The documentary tells the story of the Carolina Chocolate Drops, a string band from Raleigh, N.C., and their mentor, fiddler Joe Thompson, who died in 2012. The film captures how three African-Americans from the hip-hop generation embraced a 19thcentury genre and took it to new heights, winning a Grammy in 2010.

Whitehead’s film is an outgrowth of his obsession with the origins and evolution of roots music, he says.

“Filming the Drops playing in Joe Thompson’s living room or backstage at the Grand Ole Opry, these were once-in-a-lifetime experiences that more than compensate for the effort of getting the film made,” Whitehead says.

Whitehead has produced a number of documentaries for PBS and other outlets, including the Midwest Emmy Award-winning series “Minnesota: A History of the Land,” “Wannabe: Life and Death in a Small Town Gang” and “Make ’Em Dance: The Hackberry Rambler’s Story.”

Find out more about the film  here.