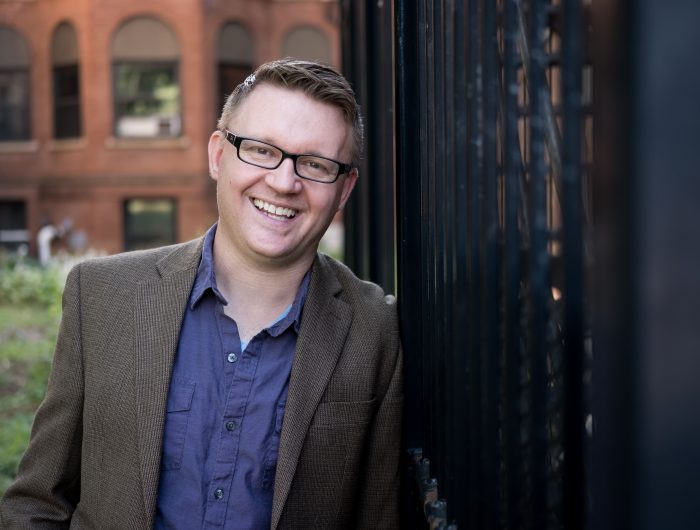 Luther Seminary has landed a nearly $1.5 million grant this year from Lilly Endowment Inc. that will be used to explore ways that church leaders can reshape and deepen congregational life in their churches, according to a Luther Seminary news release.

Luther Seminary Professor Andrew Root will serve as director of the grant project, which will further the work of his three-volume series “Ministry in a Secular Age.”

“It’s quite an honor to get this grant,” said Root, also the Carrie Olson Baalson Chair of Youth and Family Ministry at Luther. The latest volume of Root’s project, “The Congregation in a Secular Age,” was released just this year by Baker Academic Publishing Group.

The Lilly Endowment typically awards grants for targeted initiatives within the foundation’s specific areas of interest. However, Root noted the endowment rarely funds a project outside of their typical initiatives.

The Lilly Endowment typically awards grants for targeted initiatives, within the areas of religion, education, and community development. Targeted initiatives within these areas include, for ­example; achievement gaps, student debt for theological students, and poverty. However, Root noted the endowment rarely funds projects outside of these kinds of specific initiatives.

“This is the first time in a long time that they’ve awarded a grant like this,” Root said. “For me, as a scholar, it’s a major contribution. They want me to go deeper into this (his) work.”

The grant will be used to explore new ways members of congregations can find connections to one another and the world in new and significant ways. According to Root, these novel ways of connection could be pivotal for the future of faith communities.

Funds from this grant will allow test groups of current church leaders to begin engaging their congregations “in ministries that resonate more deeply with the presence of God in the daily lives,” according to the Luther Seminary news release.

Root’s work, particularly since the publication of his first “Secular” volume “Faith Formation in a Secular Age” (2017), has revolved around the idea of resonance, a concept inspired by sociologist Hartmut Rosa. Root defines resonance as “that awareness of being alive; of interconnection between one’s self and the world. It’s not an inner enlightenment. It’s more of an encounter with something outside of you that includes you, that gives you a sense of fullness.”

Experiencing things outside of ourselves like great stories, works of art and moments in nature can invite us into moments of resonance, Root said.

He added, “Resonance is a form of action that puts being ahead of doing.”

For example, as attendance at many churches declines, “pastors feel the pressure to make their churches more relevant in order to attract new parishioners,” Root said. But he said he wonders if the question of relevance is the wrong one to ask.

Relevance is a kind of trap, he contends, a trap that encourages religious communities to compete through resources. A better question, Root asserts, might be: How do we experience something bigger than ourselves?

“It is a transition to think that what might infuse religious communities with vitality is not necessarily honing ‘doing’ actions as much as forming communities of ‘being’; being for one another, being for the world, being with God,” Root stated. “I just really want to help congregations be successful in the secular age that we’re in.”