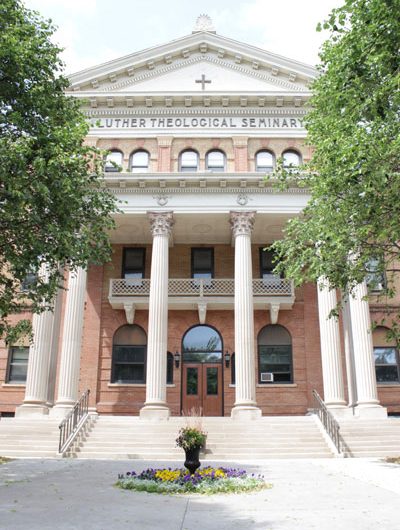 Sale is part of ‘Campus of the Future’ plan, which includes free tuition for incoming students and a trimmer campus

Luther Seminary’s new “Campus of the Future” plan will bring big change to the school by offering free tuition to all incoming students starting this fall and to the St. Anthony Park neighborhood when it sheds 15 acres of land and buildings in the northwestern part of its campus.

In May, the seminary’s board of directors approved the sale of a parcel that includes Northwestern Hall, the administrative building at 1501 Fulham St.; Stub Hall, a dormitory at 2329 Hendon Ave.; several houses and the LDR apartments on Fulham Street; a vacant home in an alley off of Hoyt Avenue in Lauderdale; and the 7 acres of wooded land abutting the Lauderdale Nature Area, known as Breck Woods. Bockman Hall, what many consider the centerpiece to the St. Anthony Park campus at the top of the hill on 2400 block of Como Avenue, will also be sold. 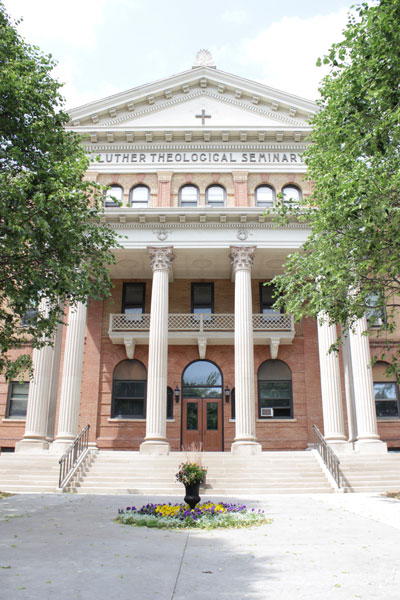 The seminary is looking for an “outside partner” to buy Bockman Hall and create space the seminary could use for short-term student housing. Photo by Kristal Leebrick

Michael Morrow, Luther vice president of finance and administration, said the school is hoping to find an “outside partner” that would renovate Bockman Hall, which is on the National Registry of Historic Places, and create space that the seminary can use for short-term student housing.

“I know the noteworthy change for the neighborhood is the change to the campus, but we’re excited about the new vision we’ve adopted,” Morrow said. That “new vision” includes the new Jubilee Scholarships, which will give free tuition to all incoming students this fall and increased scholarships to current students.

The land sale is all part of reshaping a seminary that no longer houses all of its students throughout the school year.

“We need a different campus,” Morrow said. “We have a much different student base. The campus we have was designed for larger enrollment with everyone here taking classes full time. Today we have 500 students. About half are in the distributed-learning program, which means they live all over the country [and] take most of their classes online. We don’t have that many people here.”

When students do come to campus, it’s for two to four weeks out of the year, he said.

“For us, it’s not what we are getting rid of; it’s what we are moving to,” he said. “We can meet our needs with Olson Campus Center and Gullixson Hall. Bockman would be a good housing place, but we don’t really need all of that.”

Olson will be the campus entrance and center and will remain open to community gatherings, Morrow said. For several years, the St. Anthony Park Community Sing has used the center on the third Monday of the month for a neighborhood sing. That should not be affected by the changes to the campus, he said.

The seminary properties will be offered as a package and put on the market in July, Morrow said. The price will be made public when it goes on the market, he said.

The seminary could sell Breck Woods separately if proposals were made, he said. “We know there are people interested in doing something with the woods, and if they want to make a proposal, we would be open to listening.”

A group of residents who live near Breck Woods have been looking at avenues to protect the woods from development.

“We have been advised that one of the nimblest resources for securing Breck Woods for the public is the Trust for Public Land,” said Cynthia Ahlgren in an email. “Trying to put together a consortium to buy the land requires a longer lead time and the seminary’s timeframe to sell is short.”

The group sent a letter to the city of Lauderdale, the Trust for Public Land and Luther Seminary on June 11 supporting conserving Breck Woods for public use and wildlife habitat. “Any decision to develop and change this valuable natural resource will be irreversible,” the letter said. “We support preserving the woods, recognizing the importance of green space not only for ourselves but for the wider community.”

Luther Seminary has slowly been selling under-used portions of its property for several years. In 2014, the seminary sold five apartment buildings on Eustis Street to Greenway Village. Senior housing developer Ecumen bought 1.6 acres at Luther Place and Como Avenue in 2015 to build Zvago, a 49-unit co-op currently under construction. HealthPartners purchased 4.5 acres of land across from its Como Avenue building in 2016 to build a replacement clinic. The date for the clinic groundbreaking has not been announced.

The large grassy lawn along Como Avenue will remain part of the seminary property for now. “It is not part of what we will be bringing forward [in July],” Morrow said, however, “we are not convinced that we have a long-term need for that property.”

As far as the current package that will be up for sale and any future sales, “we know that we are picking who our next neighbors are,” Morrow said. “We are real concerned about picking someone who is a good neighbor.” 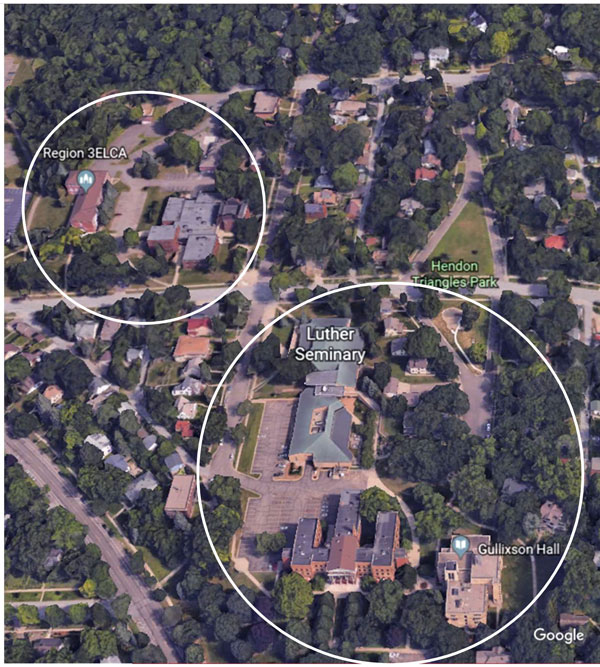 Luther Seminary will put 15 acres of buildings and land in the northwestern part of its campus on the market in July. Bockman Hall, the building just left of Gullixson Hall, will also be sold.