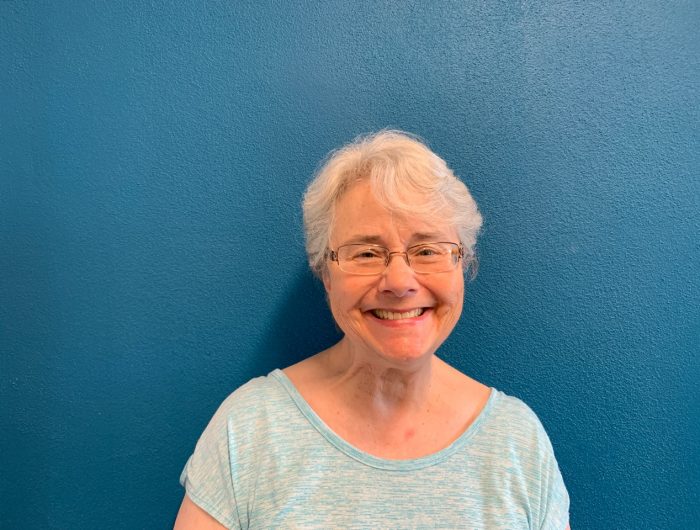 This month she’ll start wearing a new one: volunteer.

As the retired volunteer coordinator, recruiting herself was the easiest job she’s ever had.

Hayes decided to move back to the same house she grew up in to care for her widowed mother. In continuing to communicate with the local Block Nurse Program, she learned of an opening for a service coordinator at their sister organization in St. Anthony Park. She was hired, and her new employer allowed her to work from home for three years, until her mother passed away.

“I wanted my mom to be at home, and she wanted to be at home,” said Hayes, “so I knew first-hand how important it is to have services that make such arrangements possible.”

That’s SAPAS’s mission: providing at-home living assistance, wellness activities, nursing care and caregiver support through a network of paid professionals and volunteers. As a participant in the organization’s caregiver support group, Hayes could speak from personal experience, having cared for her mother.

After several years as service coordinator, Hayes assumed general oversight of SAPAS as its program coordinator. She finished her career as the organization’s half-time volunteer coordinator.

Although members of the three-person office have different job titles, Hayes stressed that they share information, expertise, experience and contacts. She is known by her colleagues for her encyclopedic knowledge of St. Anthony Park geography and who lives where. She drew upon that knowledge when matching volunteers with people wanting assistance.

“I used to think that everybody in St. Anthony Park knows each other. But that’s not true. People don’t always know their near neighbors. Sometimes SAPAS can help bring people together.”

Hayes graduated from Murray High School and went on to the University of Minnesota, majoring in international relations. Later she went to Northern Arizona University for an M.A. in teaching English as a Second Language, which led to 15 years teaching ESL in Oregon, before she moved to Seattle.

Mary said, “At the Red Cross, I had a list of over 1,000 people qualified to volunteer in the areas for which I was recruiting. I got a lot of nos.

“On my first day in St. Anthony Park, I had a list of 10 people, and everyone said yes. This is a great neighborhood for volunteering.”

When she finishes her 20-year stint as a SAPAS employee in September, Hayes wants to do some traveling—something more than the short trips she was able to do while working.

But she didn’t want a retirement party because “I’m not leaving; I’m transitioning. They haven’t seen the last of me.”