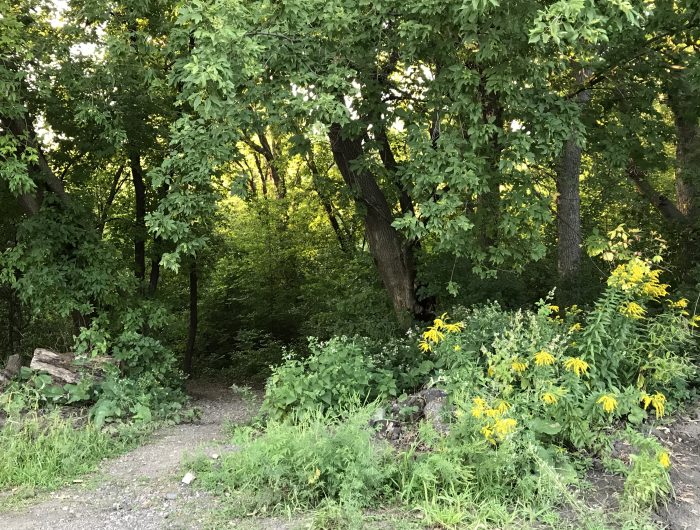 The real estate and construction firm that wants to redevelop a 15.5-acre site at the lower campus of Luther Seminary is seeking tax-increment financing from the city of St. Paul for the project.

Representatives of Master Properties Minnesota announced their intentions at a September meeting of the District 12 Community Council Land Use Committee, saying they need $10 million to $11 million in redevelopment TIF funds in order to finance road and other infrastructure improvements.

“This (financing assistance) is necessary to preserve the Breck Woods,” Heitzmann said, referring to the 10-acre forest tract on the Seminary property that residential neighbors have heavily lobbied to save.

Current plans continue to call for the proposed development site to feature a mix of new housing and the preservation of the Breck Woods nature area. The housing of 450 to 500 units would include a mix of market rate family units, townhouses, cooperative housing for seniors and senior, assisted living units.

Under tax increment financing, municipalities borrow money to subsidize developments and pay for utility and street work that serves projects. Communities then use new taxes generated by the projects to pay off the debt.

Luther Seminary has slowly been selling under used portions of its property for several years. In 2014, the seminary sold five apartment buildings on Eustis Street to Greenway Village. Senior housing developer Ecumen bought 1.6 acres at Luther Place and Como Avenue in 2015 to build Zvago, a 49-unit co-op. HealthPartners purchased 4.5 acres of land across from its Como Avenue building in 2016 to build a replacement clinic.

Over the last year and a half, the developer team has worked with a task force formed by the St. Anthony Park District 12 Community Council to refine the redevelopment plans for the current lower campus of Luther Seminary.

Heitzmann said the redevelopment proposal got sidelined in mid-March when the COVID-19 pandemic hit and postponed St. Paul city officials discussing Master Properties interest in securing TIF financing. “We really stopped until the city was able to pick up the conversation on TIF that we were requesting,” he said.