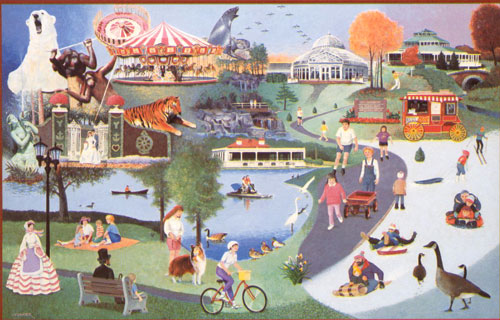 ‘Memories of Como Park—The Musical’ debuts at pavilion in August

Bill Rasmussen is hoping his production “Memories of Como Park—The Musical” will evoke lifelong memories that people have about Como Regional Park.

The show will be performed at Como Lakeside Pavilion, 1326 Lexington Avenue, on Friday and Saturday, Aug. 16 and 17 at 7 p.m. The show will feature songs and dance performed in scenes that will depict historical sites and activities in the park.

Rasmussen, producer and director of Como Park Productions, has been producing, directing and performing in shows at the pavilion since 1999. The park has a significant meaning, for him, he says, because that’s where his wife, Ginny, took him on their first date.