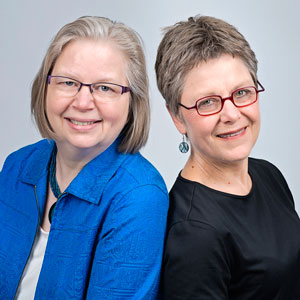 When Kathy Magnuson, copublisher of the Minnesota Women’s Press, reflects on the publication’s longevity, she says, “We have not worked ourselves out of a job.”

What she means is there is still a need for a publication that tells women’s stories written by women. And this month, she and copublisher Norma Smith Olson will mark the 30th anniversary of the Minnesota Women’s Press—the oldest, continuous women’s publication of its kind in the country.

The magazine is written exclusively about, by and for women, and that’s something that wasn’t happening in the mid-1980s.

Magnuson was one of a group of St. Anthony Park women who worked with founding publishers Mollie Hoben and Glenda Martin to launch the Minnesota Women’s Press (MWP) in 1985.

“We planned for a year, found investors, found a designer, figured out distribution, what it would look like, who would read it,” she said.

And during that year, the women were told, “It will never work. You are crazy. It’s a waste of time and money,” she said.

“I remember that. We aren’t supposed to be here.”

Twin Cities publications at that time were run predominantly by men, Magnuson said. “Men decided what the stories would be, who the subjects would be. The subjects were men, written about by men, photographed by men and edited by men.”

That hasn’t really changed in 30 years, she said. “Men are still in the decision-making roles, and the majority of the stories are about men. We still have a lot of work to do.”

Some of the MWP’s founding group had roots at the Park Bugle. Hoben was editor of the Bugle in the early 1980s; Magnuson was business manager and sold advertising. Faye Kommedahl, who prides herself as being the Minnesota Women’s Press’ first retiree, was a proofreader at the Bugle before joining the group that launched the MWP.

The publication began as a free-distribution, bi-weekly tabloid newspaper operating out of an office above Sharrett’s Liquor Store at Raymond and University avenues. It eventually moved to a nearby storefront on Raymond and now works out of offices at 970 Raymond Ave.

Today it is printed monthly and online. About six years ago, MWP changed from tabloid to magazine format. “Over time, less and less of our content was news. News was more what happened 10 minutes ago,” Magnuson said. “We became more story, commentary, opinion. [A magazine format] was a better container for the work we did. That was a good switch.”

MWP has successfully navigated the print vs. online divide many publications have faced. Magnuson credits the publication’s content for that success: “It’s not old in 10 minutes. Story and connection and community building and commentary—those don’t get old. We are really current for a month and I know people save us.”

She knows that because every once in a while, the office gets a call from someone who is moving out of her longtime home, asking if the office would like her collection of every issue ever published.

The longevity of the Women’s Press isn’t just about the content, Magnuson said. “We have never really varied from our mission.”

A strong mission that works with their audience, a delivery mechanism that works, content that matters, and an “extremely loyal audience” are the factors that have kept it going for three decades, she said.