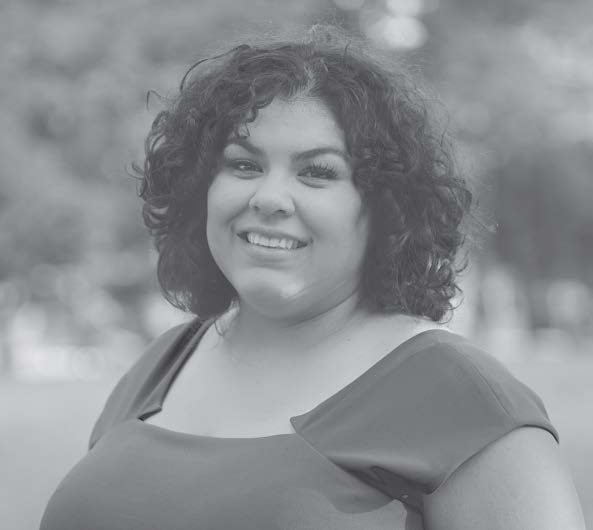 Athena Hollins, an East Side community activist, said recently the Minnesota Young DFL has endorsed her campaign for state House District 66B.

“I’m excited and honored to be endorsed by MYDFL,” said Hollins, who is challenging DFL incumbent John Lesch for endorsement at this spring’s District 66B convention. “Our ability to confront the challenges we face and the future of our party depends on young voices having a seat at the table.”

District 66B spans parts of the Midway, Como, North End and Payne-Phalen neighborhoods of St Paul. Lesch is a nine-term state representative who began serving in 2002.

[Lesch told the Bugle he is seeking re-election. Currently, he has endorsements from several labor unions.]

Precinct caucuses will be held on Feb. 25 and the District 66 DFL convention on April 11 with both at Washington Technology Magnet School, 1495 Rice St.

MYDFL said it endorsed Hollins after a rigorous screening process that involved in-depth exploration of candidate’s positions. The group called her “a fierce advocate for justice.”

“One of the things that sets her [Hollins] apart is her dedication to addressing our climate crisis at the legislature,” said MYDFL Political Director Maddie Pavek. “In a time when young people are boldly standing up and demanding action, we need allies like her at the Capitol.”

“I am running because our district deserves an inclusive, progressive problem solver,” Hollins said. “During my months of talking to people from the East Side to Hamline-Midway, I’ve heard too many stories from too many people about how the skyrocketing costs of childcare, healthcare and housing are driving people out of their neighborhoods. I’m excited to stand shoulder to shoulder with community members to make sure that we tackle these crises at the Capitol.”

A graduate of Reed College in Portland, Ore. and the University of St. Thomas School of Law, Hollins works in foundation management and increasing diversity and inclusion in the legal field. Previously, Hollins has worked in community relations for Thomson Reuters and practiced family law in St. Paul.

For more information about Hollins’ campaign, go to www.athenahollins.com

(Editor’s note: The Bugle is planning a lengthier report in our March issue on the DFL contest between Hollins and Lesch in House District 66B, as well the endorsing battle between DFL incumbent Alice Hausman and two challengers in House District 66A.)