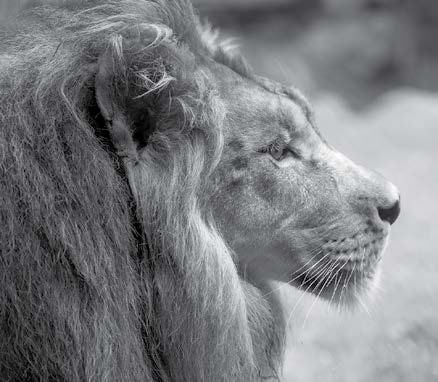 In the zoo, the mighty zoo, the lion sleeps tonight.

“Mumford is his name and he is beautiful, big and strong,” Como Zoo spokesman Matt Reinartz told the Bugle. “As with all new animals, Mumford had to go through the standard 30-day quarantine period. After that it took him awhile to get used to his exhibit and would only come out before we opened.

“Well, now, starting last week (week of Sept. 2), he is out on a regular basis,” Reinartz continued. “We got him from the Pueblo Zoo.”

Mumford was born about three years ago and the Pueblo Zoo in May sent him off to Como Zoo because zoo officials there determined that he would be unable to co-exist with triplet cubs that his mother gave birth to in October, 2017, according to a Pueblo Chieftain news report. Photos by Como Friends.