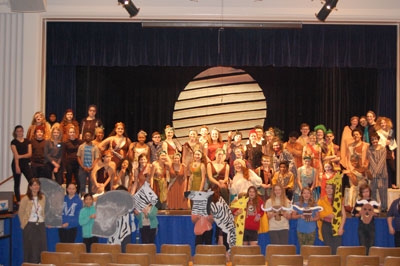 The Como students either completed their projects over the summer at Wolf Ridge Environmental Learning Center through the Murray Environmental Inquiry Immersion class or through the new science club run by teacher Kathy Kahn new to Como this year.

The opening night and full run of Murray Middle School’s spring musical, “The Lion King, Jr.” were a great success. The acting and singing talent of the cast, paired with student-created props and the guidance of all the adult artists made for an experience that was not your typical Lion King experience. Pictured here is the cast from the play, which was held the weekend of March 11-13.