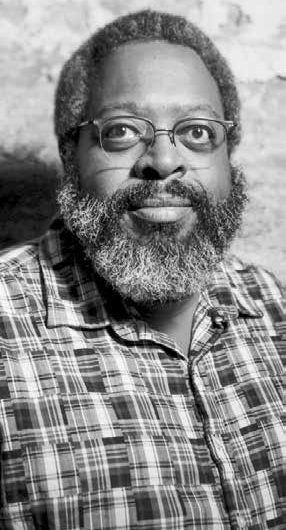 My friend Barb, our neighbor George

Before the pandemic, before I worked from home, I knew my neighbor, Barb, tended her lawn herself. She mowed her grass, pulled weeds by hand, applied fertilizer where it was needed and got down on her knees to dig up and reseed any rough patches.

But before I saw her work all day, I didn’t know she did.

Barb is closer to 90 than 80. She is sprite-like and charming. We talk about the weather or trees or our dogs or her late husband, Bob. Or when we’re feeling catty, other neighbors—interesting gossip sometimes, never anything mean-spirited.

A few years ago, very early in the morning, a woman, a white woman, an intoxicated white woman rifled through my wife’s truck, stood at our front window with a heavy rock above her head ready to throw it through, rang our doorbell several times, shouted profanities at us and demanded to be let in.

We yelled at her to go. But I did not leave my house to confront her until she left our front porch and walked toward Barb and Bob’s house. The early morning visitor left Barb alone. She retreated down the alley and disappeared into the darkness.

Well, back to Barb’s lawn. Barb’s lawn is perfect. She mows twice a week. I know that now. She whacks tall grass around trees and streetlight posts. She trims the edges every time. When she isn’t mowing, she’s weeding. She works on her yard every day.

I don’t know why Barb’s lawn matters to her. I don’t know if she loves yard work or does it to honor Bob, for exercise or for some other reason. I know she isn’t motivated by what her neighbors think. Everyone around her does just enough yard work to avoid complaints. I only know her lawn is important to her.

Meanwhile, less than a month ago, George Floyd was killed in Minneapolis. If you don’t understand what it’s like to be black in America, if you don’t know how it feels for many blacks in the days and months after the police kill a black man or woman, I write to tell you the hard part has not started yet. For all who feel these killings personally, the hard part is just beginning.

If the name of the movement isn’t just right, many will opt out without checking it out. Any urgency the white community feels toward action, any efforts to look inward, to work for real change, any efforts now underway may succumb to the status quo. Racism never left. It went dormant for a few days. It will crawl back into our city life like a weed.

I thought a long time about centering my column on my friend Barb instead of George Floyd. I thought about my audience. I wanted to share three ideas—one aspirational, one metaphorical and one spiritual—that are all intertwined.

First, people like the woman who visited us early in the morning need help and grace, not brutality and violence.

Second, the work of building the world we claim to want—the work of ending racism—is daily work. Each of us has to value the work. Our inspiration should be internal, not external; it should come from within each of us.

Michael Kleber-Diggs is a poet, essayist and literary critic. He lives in Como Park, by Bob and Barb’s house, with his wife Karen, their daughter, two cats and two dogs.