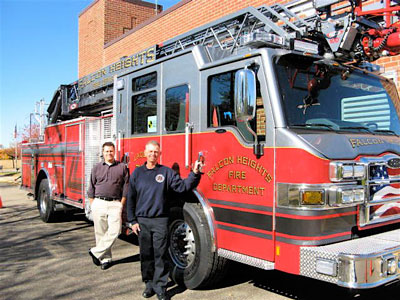 City officials used $715,000 in bonding to finance the new fire truck, purchased from a custom manufacturer in Appleton, Wis.

“We’re going to be much better-prepared to respond to both rescue and fire calls,” said Michael Poeschl, the city’s fire chief. “The new truck operates more smoothly, will be more reliable, can carry an additional firefighter and will reach about two stories higher than the old truck.”