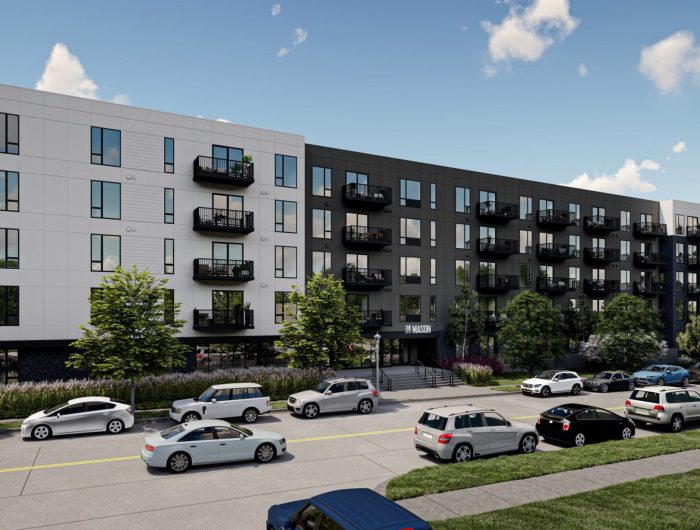 Apartment complexes new to the scene are: Moda on Raymond, The Mason and Midline Apartments. The new housing comes on the heels of other residential complexes arriving within the past five years including The Ray, Milberry Apartments and Legends of Berry.

Bill Anderson, a resident of south SAP since the 1980s and a member of the District 12 Community Council, said the influx of hundreds of new residents in recent years has been a transition but, on the whole, a good one.

“Have there been challenges with the new development?’’ Anderson asked. “For sure, primarily the noise and disruption of construction, and increased traffic.

“But we’ve handled those.

“We’ve been predominantly rental for a long time, so the new units on University are not the change for us that they might be another neighborhood.

“Where I live on Cromwell Avenue here are five multi-family apartment buildings within half a block that have been here for decades,” Anderson noted.

Kraus-Anderson broke ground for its 220-unit, five-story apartment complex in the spring of 2021. The project is located at the northeast corner of Raymond and University avenues. Construction is expected to be completed Aug. 1.

Property manager Kyrell Hawkins said Moda will have a mix of studio, alcove, one- and two-bedroom apartments with monthly rents ranging from $1,210 to $2,675.

Hawkins said Kraus-Anderson considered the site attractive for a new apartment complex because of its central location between Minneapolis and St. Paul and its close proximity to the light-rail metro system.

The Mason is a stylish, new apartment building located at 2424 W. Territorial Road in south St. Anthony Park. Except for exterior painting and completion of the courtyard, the facility is move-in ready. Construction began in March 2021 and its first tenants arrived on June 1.

Monthly rents range from $1,250 for a 431-square-foot studio to $3,750 for a three-bedroom, two-bath apartment on the top level encompassing 1,480 square feet. A variety of floor plans are available for immediate lease.

The broad selection of apartment sizes and styles in this contemporary building is expected to attract many types of tenants, from students to seniors.

Shelbi Wold, property manager at The Mason, said that the location is ideal. “The site offers residents great transportation options including easy access to the METRO Green Line, bus lines, freeways and major arterial roads.” She noted that Territorial Road is quieter than University Avenue, yet it is convenient to shops, restaurants, breweries and bike and walking trails.

For further information or to contact one of the property representatives, visit The Mason’s website at themasonmsp.com.

Construction is now complete at Midline Apartments, a five-story building located at the intersection of University and Hampden avenues. The complex features 154 rental units, approximately 75% that are one-bedroom units with the remaining units studios and two-bedroom apartments.

Bryan Walters, co-founder of Yellow Tree, the company that built and manages the complex, expected move-ins to start in late June this year. Building construction began in the spring of 2021.

“Access to the light rail was a big driver,” Walters said of the decision to build at 2227 University Ave. “It’s called Midline because it’s a midpoint between both downtown Minneapolis and St. Paul. We liked that flexibility for people working in either city… That was a big driver as well.”

Walters also noted that the area was attractive due to its recent growth, as evidenced by several other developments that are in progress or have recently been completed.

One of Midline Apartments’ distinguishing features is its art-focused amenities, Walters said. On the main level, the complex has an art room with pottery wheels, kilns and lockers for art supplies. Additional community amenities include a fitness center, rooftop deck, study/work areas and a meeting room.

Rental information can be found at midlineapartments.com or by calling 612-395-4700.

Scott Carlson is managing editor of the Park Bugle. Christie Vogt and Janet Wight are freelance contributors to the Bugle.