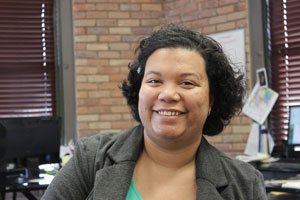 Two goodbyes and one hello

The St. Anthony Park Community Council (SAPCC) said goodbye to executive director Suyapa Miranda and operations and outreach coordinator Sarah Goodspeed in January. Miranda, who worked with the board for nearly four years, has accepted a position with the American Heart Association. Goodspeed, who joined the SAPCC staff last July, has accepted a position as youth and policy manager at Climate Generation: A Will Steger Legacy.

Kathryn Murray has been hired as the new outreach and operations coordinator. A former resident of St. Anthony Park and board member of SAPCC, Murray was one of the founding members of the council’s Equity Committee. She is an artist, professional photographer and nonprofit administrator. She enjoys spending time with her husband and daughter, experimenting with alternative photography and natural dyes, gardening and going up north.

Congratulations to the St. Anthony Park honorees named to the 2017 St. Paul Neighborhood Honor Roll. Honor roll members were honored at an awards dinner Jan. 26 at the University of St. Thomas. Here are the honorees from District 12:

Janet Lawson has brought art and culture to the neighborhood by developing the Shakespeare in the Park summer theater program for youth. The program started as a simple summer activity for a few teens and has blossomed into a major neighborhood cultural program for dozens of young people, many of whom have not tried theater before. The program includes four outdoor performances enjoyed by hundreds of audience members.

Starting its fifth season under Lawson’s leadership, Shakespeare in the Park offers two workshops each summer: Scenes and Speeches for younger teens and a full Shakespeare play for older teens, all prepared in only two weeks. The program is guided by Guthrie-trained actor and director Sam Bardwell and a committee of dedicated neighbors recruited by Lawson to handle the planning and publicity.

Shadaria Brown has helped provide work experience and stability for youth experiencing homelessness. As the woodworking coordinator at Elpis Enterprises based in St. Anthony Park, she works with dozens of youth to turn reclaimed wood into new products, including planters, bird feeders and nesting boxes. She leads her team members to host workshops for youth to build their own birdhouses through park programs, schools and other outreach events.

Elpis prepares youth interns for career readiness by assembling kits, learning entrepreneurial skills and leading workshops with more than 1,200 youth each year to help them build with their own hands.

Anton Jerve has gone above and beyond in modeling best practices for city of St. Paul staff members to support the work of the city’s district councils. He has been a supportive partner through his role as a senior planner with the Department of Planning and Economic Development, where he intersects with the St. Anthony Park Community Council on a wide range of projects.

He provided valuable feedback as the St. Anthony Park Community Council worked to create its Developer Guidelines and played a key role in helping secure a new 2.6-acre public green space as part of the redevelopment of the Weyerhaeuser lumberyard near Highway 280, and supporting the community working group in advancing its vision through early-morning design sessions with the private developers and late evening committee meetings.