Looking for a few good books for those on your shopping list this holiday season?

Tom Bielenberg, of Micawber’s Books at Milton Square in St. Anthony Park, has suggestions for the naughty, the nice and everyone in between. On a recent afternoon, Bielenberg drew on a lifetime of experience in the book trade as he offered his recommendations.

Front and center on his list is the new novel Unsheltered by Barbara Kingsolver. This is the one, according to Bielenberg, for people who don’t usually read novels. “Kingsolver is so popular, and this is her first book in years,” he said. “She’s almost a brand.”

As if to demonstrate the truth of his words, a customer came into the store and headed straight to the pile of Unsheltered copies. “I don’t read a lot of fiction,” said Barbara Bulbulian, “but I love the way Kingsolver writes.”

Other hot new titles for the gift-giving season, according to Bielenberg, include former first lady Michelle Obama’s new memoir Becoming and Presidents of War by Michael Beschloss.

Bielenberg describes the Beschloss book as ideal “for your relative who loves American history,” but he also cautions, “my customers don’t necessarily want to read about politics. More so these days than ever before people come in for …something to take [their] minds off current affairs.”

For those beleaguered souls, Bielenberg recommends the latest in The No. 1 Ladies’ Detective Agency series by Alexander McCall Smith set in Botswana and featuring the indomitable Mma Precious Ramotswe. The Colors of All the Cattle, in which Ramotswe runs for office, has just been published.

For readers who would like to forget the anxieties of our era by immersing themselves in the tensions of another age, Bielenberg suggests Dear Mrs. Bird by A.J. Pearce. The book tells the adventures of a young woman journalist in World War II London, and Bielenberg describes it as a “word-of-mouth hit.”

Mystery fans will be glad to hear that Tana French, Lee Child, and “the most popular mystery author at Micawber’s right now” Louise Penny all have new titles out in time for Christmas. Penny writes in English; but, in a nod to Canadian biculturalism, her books are set in Quebec with a French-speaking hero, Inspector Gamache, who may be the biggest Francophone detective since Hercule Poirot.

Looking for a good cookbook? Bielenberg offers The Great Minnesota Cookie Book by Star Tribune food writers Lee Svitak Dean and Rick Nelson with “prize-winning cookies from decades of the newspaper’s Christmas Cookie Contest.” Another title to ease you into the Holiday Season is Jul: Swedish American Holiday Traditions by Patrice M. Johnson. “Smorgasbord, St. Lucia, Christmas gatherings, recipes and more,” is how Bielenberg describes it.

Or maybe you’d like to find something by a Minnesota author. Bielenberg offers up an embarrassment of recent riches: “Leif Enger, the author of Peace Like a River, has a new book out called Virgil Wander,” he said. The new book, a story of life in a small town near Lake Superior, has already “sold out and been restocked twice” he said. Minnesota author Patricia Hampl has recently come out with The Art of the Wasted Day, which Bielenberg describes as a “beautifully written” meditation on a “day to dream.”

In a very different key, there is new work by Minnesota rapper/writer Dessa. Bielenberg describes My Own Devices as an “amalgam of music, science, philosophy” that has been selling well among the millennial generation, as well as to their parents and grandparents.

Bielenberg thinks that even Twin Cities natives like himself can learn more about their hometowns. For that task, he suggests 111 Places in the Twin Cities That You Must Not Miss. “I’ve been to only 45 of the 111 places, and I’ve lived here all my life.”

For the amateur naturalist on your shopping list, he recommends A Field Guide to the Natural World of the Twin Cities by John J. Moriarty. “It’s organized with sections on fens and bogs, prairies, savannahs, woods and so on. It directs you to places that are examples of that environment, then shows you what you will see there.” 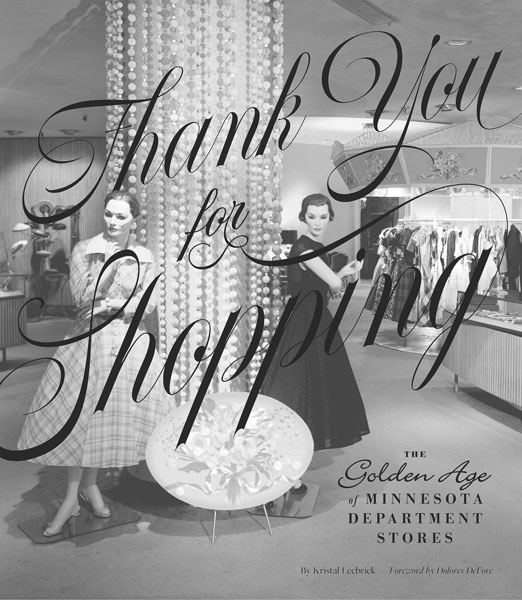 Even closer to home, this year Micawber’s is selling works by two former Bugle writers. The new edition of the late Roger Bergerson’s History: One Darn Thing after Another is “ready in time for Christmas with 12 new stories,” Bielenberg said. Longtime Bugle Editor Kristal Leebrick’s lavishly illustrated Thank You for Shopping: The Golden Age of Minnesota Department Stores is a tribute to the merchandising magnets that long ruled the Twin Cities retail landscapes as premier destinations for generations of Minnesotans.

Bielenberg spends his professional life figuring out what other people want to read, but naturally he has some personal favorites himself.

“I like all 21 of the Patrick O’Brian books,” he said. Set in the Napoleonic wars, the series features a “daring British naval captain who is inept on land” and his friend “a combination of surgeon, naturalist and spay.” And then there’s John LeCarré, who ”is so much more than a genre novelist…he deals with issues of loyalty and betrayal on a personal level.”

You can find all these books and more at Micawber’s in Milton Square, open (almost) every day from now until Christmas.