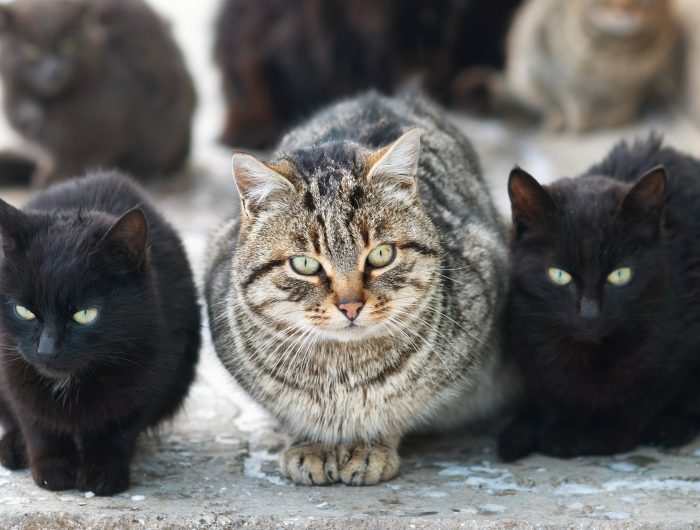 Outdoor cats on the run dog this neighborhood

Is a free-range cat a menace, a nuisance or a contributor to urban ambiance? It depends on whom you ask.

Because St. Paul has no leash law for cats, owners in the city are free to let kitty roam. However, the city’s Animal Control Center “strongly recommends that cats be kept inside and only allowed outside if the owner leashes the cat and stays outside to monitor it,” according to its website.

Furthermore, “property owners have the right to confine and remove any cat that comes on their property.”

Suzanne Donovan, of St. Paul’s Department of Safety and Inspections, said the Animal Control Center does not track complaints about cats, so her office has no data on the topic.

In Lauderdale, which has no regulations regarding cats, they have not been a problem recently, according to City Administrator Heather Butkowski.

“It tends to run in cycles,” she added, “but we haven’t had any calls for a while.”

Falcon Heights also has no ordinance regulating cats. City Administrator Sack Thongvanh said that in the six years he’s been at City Hall, he hasn’t heard any complaints about cats.

In St. Anthony Park, complaints about outdoor cats surface periodically on SAPark, the neighborhood’s listserv. In October, the issue prompted comments from both critics and defenders.

Cat owner Allie Rykken wrote of their pet, Buddy, “We generally feel like he’s a much happier cat when he gets to roam around.”

Several respondents said they’re not happy to have cats come in their yards, kill animals and leave droppings. A dog owner said she always cleans up after her dogs but charged that cat owners don’t do the same.

One writer stated that deer, turkeys, squirrels and chipmunks do more damage to a yard than do cats. In response, Renee Bergeron wrote that “deer, squirrels, turkeys and chipmunks don’t kill songbirds. Cats do. Free-roaming cats are a public nuisance and a disaster for birds.”

Cats do kill birds. How many?

A 2013 study by the Smithsonian Conservatory Biology Institute and the U.S. Fish and Wildlife Service found that in the United States, some 2.4 billion birds are killed annually by cats. The authors estimated that domesticated and owned pets account for about a third of these killings, with strays and feral cats responsible for the larger share.

According to the American Bird Conservancy website, because hunting is a feline instinct, “even well-fed cats will hunt and kill.” Furthermore, “the mere presence of cats outdoors is enough to cause significant impacts to birds,” affecting chicks’ health and nesting success.

Minnesota’s Animal Humane Society uses the term “community cats” to refer to unowned outdoor cats. Mary Tan, Humane Society public relations director, said that a feral community cat brought to her organization is spayed or neutered and vaccinated, then returned to the person who brought it in for reintroduction to the area where it was found. This approach, called TNR (trap-neuter-return), has proven to be the most effective way to reduce or eliminate feral cat populations, Tan said.

The Humane Society closed its St. Paul location last year. But anyone who captures a stray or feral cat can bring it to one of their other locations. Specific information is available on the AHS website www.animalhumanesociety.org/about/hours-and-locations.

Stray, abandoned or injured cats can also be brought to Feline Rescue, 593 Fairview Ave. N. Currently, their location is closed to the general public, and they are operating as a foster-based rescue program. To bring in a cat, an appointment must be scheduled. Contact Feline Rescue at 651-642-5900, info@felinerescue.org.

Dave Healy, who lives in St. Anthony Park, is a former editor of the Park Bugle.