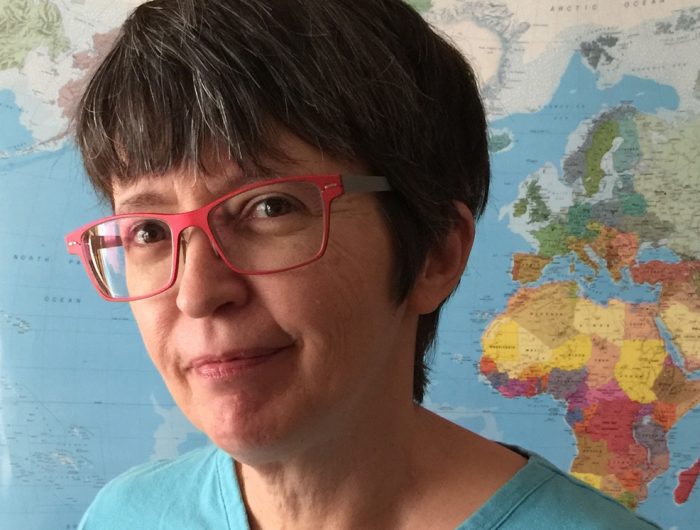 The Saint Anthony Park Community Foundation has named Pat Thompson as the recipient of its annual Spirit of the Park Award.

Since 2007, the foundation has solicited nominations from the community with the goal of commemorating neighbors who have “demonstrated a high level of dedication and service to St. Anthony Park,” said Julie Drechsler, the foundation’s executive director.

Most recently, in response to the news that 167 trees may be removed from Cleveland Avenue to accommodate a road project, Thompson said she had been spending nearly all of her time trying to ensure the project was delayed and restructured in order to save more trees.

Originally from rural upstate New York, Thompson has lived in Minnesota since 1986. In 1993, she moved to south St. Anthony Park from Minneapolis and has lived in her current home in the Park since 1996.

Since retiring in 2014 from a career as a graphic designer for nonprofit organizations, Thompson has been dedicating her time to volunteering in the community, largely working on projects connected to climate change.

“We face this existential threat,” Thompson said, “and I just want to do what I can do.”

Thompson developed an interest in plants during college and through freelance work with environmental and social justice nonprofits. While working full time and raising a child, she also became an active volunteer with the plant sale at the Friends School of Minnesota. Thompson said it wasn’t until she retired that she had sufficient time to become more involved in St. Anthony Park.

“I feel really humbled,” Thompson said, “that there are people working in this neighborhood for a lot longer than me doing a lot of stuff who have never won this award.”

In addition to her numerous ongoing commitments, Drechsler said that Thompson’s campaign to save Cleveland Avenue trees is particularly timely for this year’s award.

Commenting on her activities, Thompson said she suspects that much of her drive to serve comes from her parents who were engaged community members themselves.

Her father Bill, for example, was a network manager for the American Radio Relay League, a member of the county planning commission and an active participant in local politics.

Thompson’s mother Betty was also involved in politics and served as a Girl Scout leader, among other volunteer roles. She was also elected to a town board of supervisors and helped establish a local economic development office.

To Thompson, all her current volunteer work can be connected back to the climate.

“Transition Town-All Saint Anthony Park’s motto is ‘Smaller footprint, stronger community,’” she explained. “So, obviously you need to work on the climate aspect, but you also need to build a stronger community.”

Thompson said the idea of having things like community festivals, public artwork and safe places to walk are “all part of having a stronger community, so that as climate change happens—because it is—you trust the people you see instead of distrusting them, and then you can work together.”