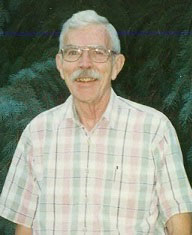 He was born July 18, 1921, in Fort Dodge, Iowa. Paul lived a rich and fulfilling life that included many interests.

He was an active and respected St. Paul community leader. He was instrumental in forming district councils, served with distinction in District 12, and completed seven three-year terms on the St. Paul Capital Improvement Budget Committee under five mayors. He was an early member and past president of the St. Anthony Park Association, serving as president when women were first admitted to that organization. In addition, he was treasurer of the Block Nurse Program and a dedicated volunteer driver for the American Red Cross.

A proud World War II veteran, Paul served in the 98th Bomb Group in North Africa and Italy and recounted his experiences in his memoir, The Big One. After graduating from the University of Iowa, he began his career as a corporate executive and ultimately retired from Medtronic.

Paul was also known for his creative interests, which ranged from photography and fine woodworking to his love of opera and foreign cars.

He is survived by his wife, Arla; daughter, Anne (Gary) LeDuc; son, Jim (Laura) Savage; three grandchildren; and four greatgrandchildren. Beloved by many, Paul Savage was a source of joy to all who knew him, and he will be missed.