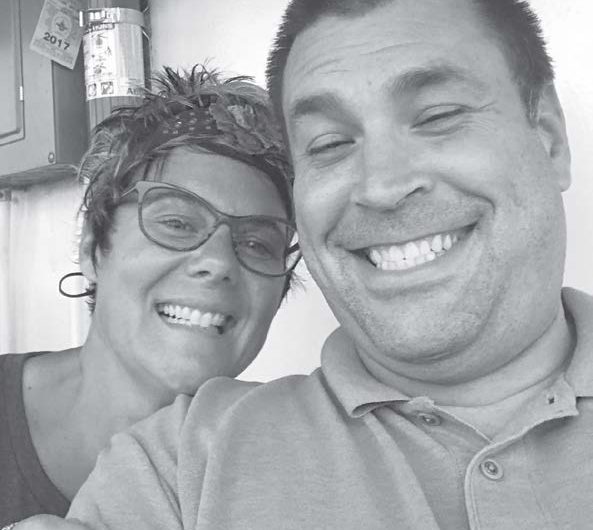 PEOPLE IN YOUR NEIGHBORHOOD: Ben Kantor

When I was in my early 20s, I learned to sell advertising for Good Housekeeping magazine by being paired with various mentors.

During a visit to the Twin Cities back then, one senior salesman showed me around at various advertising agencies in downtown Minneapolis and corporate campuses west of the city.

“Nice place to raise a family, mighty nice place,” the salesman told me.

“Where are all the people?” I asked. I was serious. Living in Manhattan, I couldn’t see where the city was.

The next afternoon, we went to the Minnesota State Fair. Boy, I found the people. In fact, I was so enamored, the senior salesman left me to my own devices, and I stayed at the Fair for several hours body surfing the crowds.

I mentioned this State Fair story to Ben Kantor and found an idea for this column. Ben is a St. Anthony Park neighbor who was just 4-years-old when his father Errol Kantor purchased the Space Tower ride at the Fairgrounds in 1982.

What were Ben’s earliest memories of the Fair?

“I do not remember anything without the Fair,” he said, adding that even after attending college at the University of Minnesota and moving to Florida to enroll in flight school, “I still made it back for the Fair.”

Today, Ben is a commercial pilot for Sun Country Airlines but during the Fair still works, helping his parents and other family members run the Space Tower ride, which is more than 300 feet tall and typically carries 50,000 to 60,000 passengers during Fair time.

Ben said the Space Tower ride is lots of fun but also one that involves a lot of hard work. “The ride takes maintenance every year, all sorts of it.”

One of Ben’s earliest jobs was to spray WD-40 on over a dozen gates that surround the ride to keep them from squeaking.

The Space Tower even played a role in his future.

In his early 20s, Ben bought a house across the street from the Fairgrounds. This is where he met his wife, Michelle. It happened that Michelle was the daughter of Larry Borud one of the family’s trusted lieutenants who help them maintain the Space Tower each year. One year, Larry told her she could park at Ben’s house while visiting the Fair. She pulled into his driveway as he was pulling out and the two almost collided. Now, they have a son together, and she’s part of the operation.

While amusement rides at the State Fair date back to the late 1800s, the Space Tower ride didn’t arrive on the scene until the early 1960s. After it was shipped by boat to Duluth, the Space Tower was transported by 20 tractor trailers down to the fairgrounds to become its tallest ride, offering riders a glimpse of both downtown Minneapolis and St. Paul. A plaque on the outside says that the steel and concrete base weighs over 2 million pounds.

Like many things at the Fair, the Space Tower ride is a family tradition for the Kantors, and in their case, so is the work. Ben is already eyeing possible jobs for his son Harrison who is just 10.

Has Ben ever thought about giving up the Space Tower?

“My wife sometimes talks about moving to a warmer climate, but I’m happy where I am,” he said.

Ben is sanguine about his work both as a commercial pilot and on the Space Tower. “I guess you could say both have theirs ups and downs,” he said.

John Horchner is a writing and publishing professional who lives in St. Anthony Park.

John Horchner
If you're like me, you're always looking for opportunities to continue to learn, travel and write. I hope to never lose the spark that made me interested in writing in the first place - finding real places with real people and personality that make me want to pay a visit. Thirty years ago, I started a small publishing company the day after landing in Providence, RI for an overnight trip. Starting from there, I worked on a variety of publications from Honeymoon Destinations, MeetingSource to Active Travel Index. Today, I hope to fill my days with interesting writing assignments – and books, lots of books!