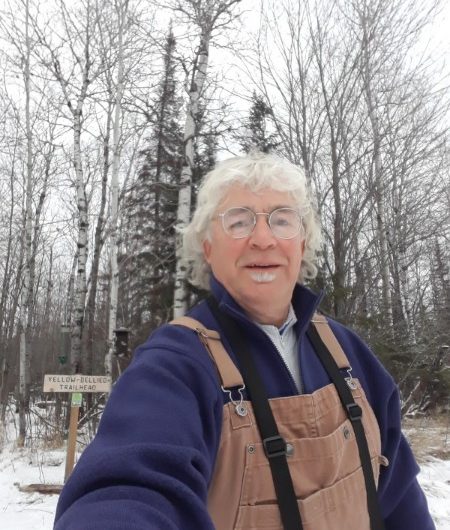 PEOPLE IN YOUR NEIGHBORHOOD: Mark Johnson

One of the events I looked forward to attending in the springtime before the pandemic hit was my neighbor Mark Johnson’s crawfish boil.

Mark’s St. Anthony Park home served as the gathering place for a diverse crowd eying the fish kill. There’d be neighbors he has known for years who just returned from Iceland or Alaska with tales of adventure and a man from Wisconsin who’s an expert at organic farming. Outside, I’d chat with a childhood friend still in the restaurant clothing he wore to work tending the equipment needed for the boil.

Most of all, those present at the crawfish boil were his coworkers, the stagehands, sound techs and volunteers from the Cedar Cultural Center where Mark is the director of events.

You could say during the 20 years he has been working at the Cedar, which Minnesota Public Radio said is like seeing an “. . . artist as though you were in their living room,” Mark’s job is to help gather a diverse crowd. The Cedar’s mission is to facilitate the community’s intercultural understanding through global music and dance.

However, for a year, the Cedar has not held live performances.

Wearing a mask to guard against the coronavirus, I went to visit Mark recently. I passed several bird feeders on the side of his house on my way and inside his living room, there are books about birding, parks and birdfeeders. He’s a staff naturalist for Sax-Zim Bog, a birding preserve an hour north of Duluth.

We discuss the pandemic, the George Floyd riots and substituting virtual events for canceled live performances. He’s not blinded by the past success of the Cedar, whose home is in the University of Minnesota’s West Bank commercial district.

“I know things have to change,” Mark said.

It’s just the necessary canceling of live performances that Mark seems most distraught about.

For example, Mark noted the Cedar has perennially booked folk musician Greg Brown to perform but had to cancel his scheduled March 2021 appearance.

“He (Brown) got his start at the Cedar, and I’m afraid I’ll never see him again in that setting,” Mark said.

Typically, a theater serves as a three-sided marketplace: performers, tickets sales and venue revenue with the concession stand making all the difference. It was a model that worked with various ups and downs for years.

“What made the Cedar thrive and survive is that people made it their own,” Mark said. “They have venue loyalty. They’d say I’m going to the place. I don’t know who the band is, but I know I’m going to have a certain experience. That’s why people still bought CDs. They had a great experience, and they want take something tangible home.”

Mark is also concerned about the stress that programming to a virtual audience is putting on small performers.

“You don’t know how people are interacting,” he said. “Pros can play to a camera. But if you’re missing the feedback loop which allows for excitement, how they going to know?”

The community feel brings the volunteers too, he added, and the Cedar relies on its volunteers.

“Are you going to be able to have it with social distancing?” Mark wonders.

“I think people are so [fired up] for music right now. I miss the (live) music too. It’s not like food or water, but it does sustain people. Places that figured out how to do outdoor music still have the shared experience.”

Mark said he hopes the Cedar will find a way for this and hopes that its outdoor space is used to keep it alive.

Unlike most arts organizations operating on the brink of disaster, the Cedar currently has enough funding to last the rest of the year, according to its new executive director, David Hamilton. After that, it will be up to the community and people like Mark to figure something out.

John Horchner is a writing and publishing professional who lives in St. Anthony Park.