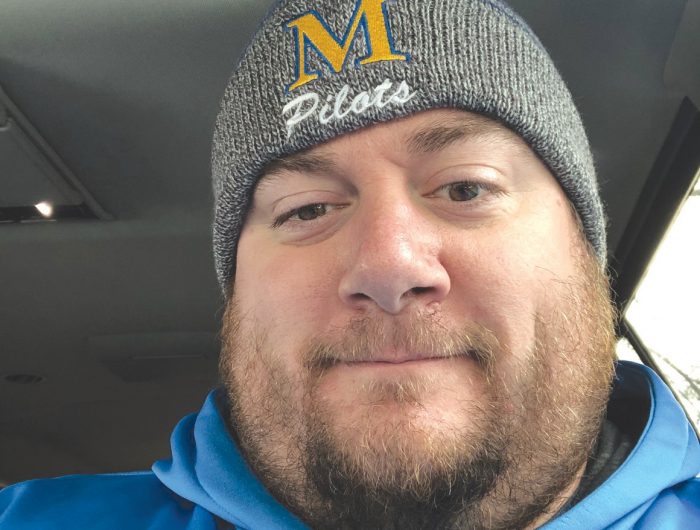 People in your neighborhood: Nick Altringer 

Nick Altringer began his science teaching career at Murray Middle School in 2013 and has been there ever since.

“My passion is teaching. I like to help people experience science and lots of different things,” he said in a recent phone interview. A quick sampling of Altringer’s teaching materials at Murray include trout eggs, robots, chickadee nests, a 3D printer and Legos.

Currently, Altringer’s classroom is also home to a 53-gallon fish tank holding about 275 baby trout (fry, technically). Every year since 2015, in partnership with Minnesota Trout Unlimited, Altringer’s students have watched rainbow trout hatch from eggs in December and grow into healthy fry throughout the spring semester.

Altringer said he hopes Murray’s entire seventh grade class will be able to visit the Vermillion River for an interdisciplinary field trip and trout release this May.

If fish aren’t the thing that sparks a student’s interest in science, Altringer has more tools up his sleeve. In the fall of 2021, Altringer ventured with his Citizen Science students to Belwin Outdoor Educational Lab in Afton to set up camera traps to answer the class’s question: Which types of habitat have the most mammal diversity? (Spoiler alert: The cameras revealed many white-tailed deer in wooded habitats as well as coyotes and turkeys.)

“I just like getting the kids outdoors,” he said. “I like to get them in the natural world as much as possible.”

Back in the neighborhood, you might find Altringer and his students in Murray’s pollinator garden or monitoring the school’s bluebird houses along Grantham Street.

After school, Altringer coaches Murray’s two First Lego League teams and the First Tech Challenge Robotics team. This spring, students in the after-school program will gather as Altringer teaches them about fly fishing.

“We hope to offer Murray family fishing events—both ice and shore fishing—as we move forward in the coming year,” he said.

Altringer is one of six science teachers at Murray.

“We work together to create a well-balanced, inspiring and challenging middle school curriculum,” he said. The sort of hands-on science in which Murray’s teachers engage costs money and Altringer is no stranger to applying for grants. “I have successfully gotten 18 projects funded on DonorsChoose for about $7,400,” he reported.

Besides that funding, Altringer applies for about one grant a year. The largest grant he has yet received, $32,000 from No Child Left Indoors (Minnesota DNR), funded the fishing equipment, water sampling equipment, digital cameras and binoculars.

When he is not leading a group of future scientists, Altringer runs his own fly-fishing business, guiding trips on the Mississippi and nearby trout streams. (mwflyquest.com)

“Sometimes I drag my family along with me,” laughed. Altringer lives near White Bear Lake with his wife and three children.

Born in North Dakota and raised near Blaine, Altringer graduated from Centennial High School in 1998. He then went to the University of Minnesota, earning a bachelor’s degree in biology in 2002.

After college, Altringer did a Fisheries and Wildlife internship and worked as a personal trainer and manager of the Uptown and Midway YWCAs and St. Louis Park JCC. Eventually, he became a teacher. He earned a Masters in the Art of Teaching from Hamline University in 2018.