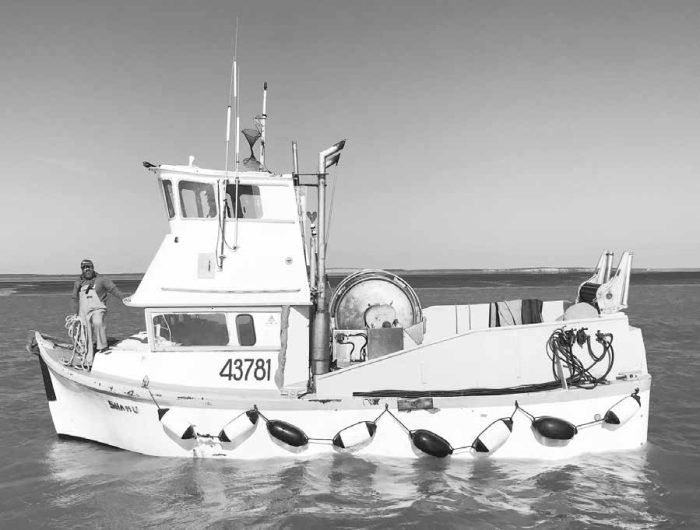 Every June, rather than prepare for a summer vacation, salmon fisherman and Como Park resident Tijl van der Wege heads to Alaska for a season of intense work.

“Once we leave the land, we basically don’t go back until the end of the summer,” van der Wege explained. “If we’re catching fish, it’s hectic the whole time,”

But, seven seasons into his fishing career, van der Wege embraces that crush of activity.

“Anything over 100,000 is a decent year,” he said. They sell most of their fish, immediately bled and iced for freshness, to Copper River Seafoods. Van der Wege also brings 3,000 pounds home to sell to personal contacts and at farmers markets.

Van der Wege met his fishing captain, Phil Zander, while both played baseball at the University of Minnesota.

Van der Wege recalled Zander’s initial invitation: “He (Zander) was like, ‘I’m working in Alaska on a fishing boat. One day I could run my own boat. Come work with me.’ He’s that kind of guy.”

The crew catches sockeye salmon out of the Bering Sea near Naknek Harbor using drift nets that the crew constantly sets, pulls in and then quickly prepares to get them back in the water again.

“Alaska is the most sustainable salmon fishery on earth,” van der Wege said, explaining that Alaska Fish and Game strictly regulates fishing openers, the hours when crews are allowed to catch fish.

Their 32-foot boat named “Shamu” is slower than others, which enables them to avoid intense competition for territory among fast boats, van der Wege said.

“Those fast boats are like on top of each other and there is a lot of yelling and things like that. I’ve seen tin cans get thrown,” he chuckled. Instead, the Shamu crew places their nets in the openings between other crews’ nets.

Come August and the end of Alaska’s salmon season, van der Wege travels in the fall and, then, again in the spring. Meanwhile, in the winter he coaches wrestling at Como High. “It keeps me connected with the kids and the school I went to,” he said.

Van der Wege did not grow up hunting or fishing in Minnesota. The 2002 Como High grad isn’t much into the local fishing scene.

Catching one fish at a time, to release?

Rather, he enjoys the night shift aboard Shamu, reading books (this summer, Bill Bryson’s “A Short History of Nearly Everything” and Bob Gibson’s autobiography) and listening to music.

“The sun in Alaska is the coolest because the sunsets and sunrises go forever.”