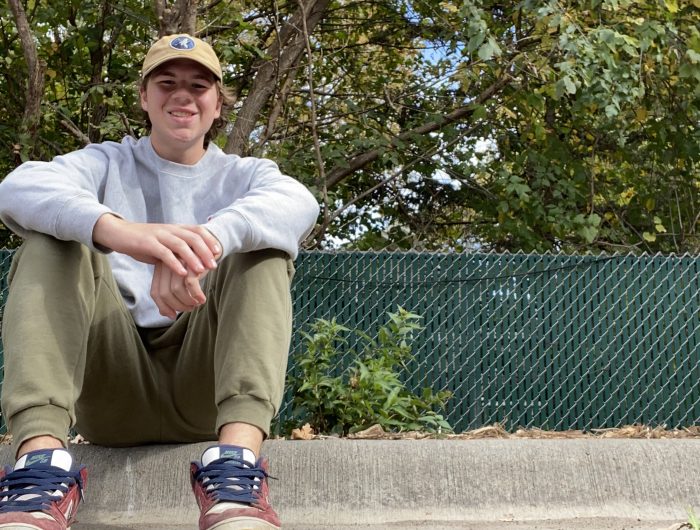 PEOPLE IN YOUR NEIGHBORHOOD: Xander Jacobsen 

No one would question the ambition of an Eagle Scout, an honor bestowed after a scout completes every rank, including 21 merit badges, leadership experience and nearly 300 other individual requirements.

A former Murray student himself, Jacobsen said he enjoyed his three years at the school and appreciated the connections he’d made, especially with his science teachers. He said he hopes the garden will enhance the aesthetics of the area and that “the plants will add to the learning experiences of Murray students.”

Ideally, Jacobsen said, they will be included in future science curricula, especially to teach students about plant species native to Minnesota.

Tim Chase, a Murray environmental science teacher and one of Jacobsen’s mentors, already tends to local gardens of native plants and will be in charge of the long-term care of the new terrain.

Other Murray staff members contributed their time and expertise, including science teacher Nick Altringer who helped him brainstorm ideas that would aid the school. Although Jacobsen knew he wanted his project to revolve around Murray, his passion for conservation made this choice an easy one.

Eager to see Xander succeed, Murray Principal Jamin McKenzie, also helped during the planning stages of the project and assisted in the design of the project proposal.

Jacobsen funded this program with “camp credits,” which he said he earned by selling wreaths made by the scouts in his troop. He plans to attend the University of Wisconsin-Madison, major in astronomy and eventually become a research scientist.

Susan Triemert lives in the Como Park neighborhood and is a Bugle freelance writer.