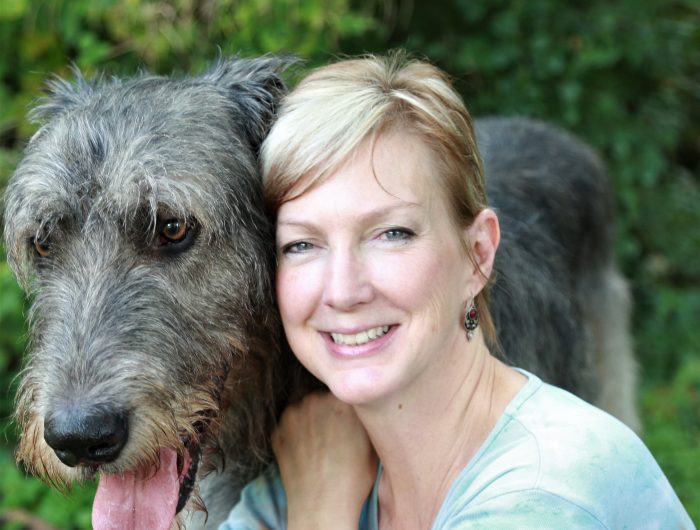 “[Animal chiropractic] was not common at all, not even legal in Minnesota” before 2008, said Seefeldt, a Roseville resident. “As a chiropractic student, I was deeply involved in the legalization. It took us three years of trying.

“Only specially trained chiropractors are allowed to practice on animals in Minnesota,” she added.

Pet Care Partners is the first permanent home base for Chiropractic for EveryBody, the parent company that Seefeldt started 13 years ago. It had always used other organizations’ facilities—such as veterinary clinics or with dog trainers—around the Twin Cities.

The Hamline Avenue practice is staffed by four veterinarians and two chiropractors from Chiropractic for EveryBody, which will continue at its earlier locations. Only the veterinarians in the practice are allowed to treat animals with acupuncture, Seefeldt said.

Initially, Seefeldt trained at Northwestern Health Sciences University in Bloomington to become a chiropractor treating people. After deciding she wanted to focus on treating animals, she completed a six-month program at Healing Oasis Wellness Center in Sturtevant, Wis., to become certified in veterinary spinal manipulative therapy. She has received additional training as a certified canine fitness trainer and canine sports massage therapist.

“Honestly, dogs have always been the center of my heart,” said Seefeldt, who became the first animal chiropractor registered by the Minnesota Board of Chiropractic Examiners. “Seeing a dog get adjusted spurred me to do this.”

“We don’t prescribe traditional medications,” she said. “We have chiropractic, and we offer cold laser therapy, PEMF (pulsed electromagnetic field) therapies — both noninvasive modalities to reduce inflammation and promote healing — supplements, dietary consultations and acupuncture. Our doctors who do acupuncture also do evaluations and treatment through traditional Chinese veterinary medicine.”

Patients can be treated for specific ailments or for maintenance care, Seefeldt said.

“Usually an owner calls and says their pet is not doing what it used to,” Seefeldt said. “Something has changed—its willingness to do its usual activities or its enthusiasm.

“Sometimes people think (their pet is) just getting older,” she added. “Sometimes we adjust the animal, and we can bring back the enthusiasm, the function, because it was a chiropractic issue.”

Techniques such as fear-free handling and cooperative care are used to lower the stress level of skittish animals during treatment.

“In my 13 years of practice, I can think of only three or four animals that we were simply unable to calm down enough to adjust.” Seefeldt said.