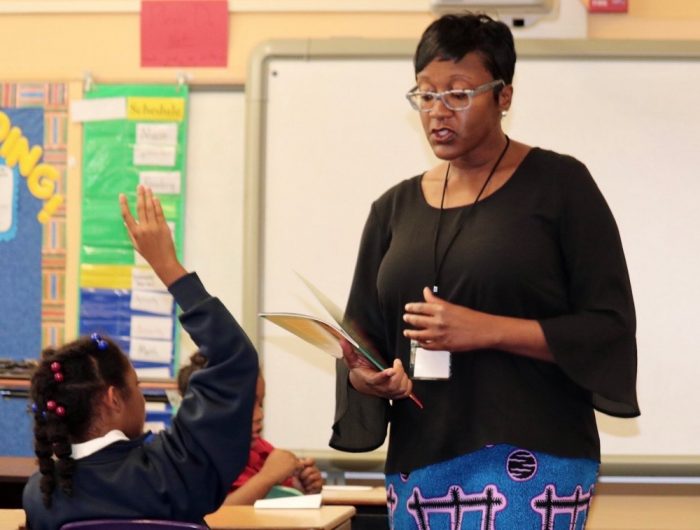 Planting People was chosen in the Foundation’s education and youth category with its funding going to support the Institute’s Leaders are Readers program, according Julie Drechsler, executive director of the SAP Community Foundation, which this spring also awarded grants to 15 other local nonprofits and community groups totaling about $30,000,

Artika Tyner, executive director of Planting People, founded her organization in 2017 to promote literacy and diversity through books. The goal is to help address what she calls a “reading crisis” in which one in four children are not reading at grade level.

As an attorney, Tyner sees the lifelong impact of literacy gaps.

“Many of my clients learn how to read while in prison,” she says. “So, instead of just observing a problem, we decided to create a solution.”

The Institute’s Leaders are Readers program works in classrooms to improve literacy rates as well as increase diverse representation in literature.

“You’re more likely to see a book on the cover with a black dog or a black bear than a Black boy or Black girl,” Tyner said, “because less than 10% of books are either written by authors of color or feature a character of color.”

As the author of approximately 20 children’s books, Tyner is working to shift such statistics. Planting People also has donated over 8,000 multicultural books to, among others, schools and libraries since launching the program.

By focusing on positive representation, Tyner said the institute strives to create opportunities for children of color to find themselves and their potential on the pages of books.

Representation is also important, Tyner added, for building cultural bridges and teaching all children about history from a background that may be different from their own.

“We’re really taking this work to scale — getting into more schools, getting into more communities — because we know that leaders are readers,” Tyner said. “So, our hope is to also use this as an impetus not just for bridging and ending the literacy gap but for inspiring the next generation of leaders.”

Earlier this year, the Planting People Growing Justice Leadership Institute partnered with the Minnesota Twins to host a Martin Luther King Jr. Day writing competition in which young people across the state wrote about what it means to be a leader.

On April 15, Jackie Robinson Day, the winners were honored at a Twins game.

“To see them throw the first pitch, to have them hug the TC Bear, to really watch the legacy of young people leading change, for me was just one of the greatest moments,” Tyner reflected.

“We’re grateful for the support, and for me, personally, it’s a dream come true,” Tyner said, “because as a young person, I never had a book where it resonated with me, where there was a main character of color, a Black female, just like me.”

Still, as a young person, Tyner’s favorite place to go each week was the library, a place that would shape her adult life.

“Books gave me the impetus to become a civil rights attorney, to know that I had the capacity to do it because I saw it in the pages of books,” she recalled. “The possibility wasn’t in front of me, but I knew I could reach it because what was in front of me were the books and the examples of heroes and sheroes that went ahead of me.”

Planting People Growing Justice recommends the following books for kindergarteners through fifth graders. The list, including links to purchase, can be found on Bookshop.org: tinyurl.com/PPGJBooks.

Kofi Loves Music by Artika Tyner
An introduction to music and counting.

Amazing Africa: A to Z by Artika Tyner & Monica Habia
A journey throughout the continent of Africa.

Kwanzaa by Artika Tyner
A celebration of history and culture.

Justice Makes a Difference: The Story of Miss Freedom Fighter Esquire by Artika Tyner
A guide on advancing racial justice for children.