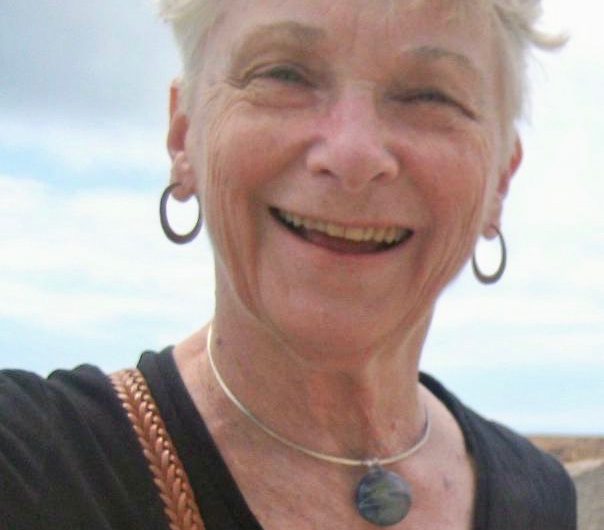 Poems to slow us down in a busy season

Local poet Mimi Jennings is a longtime participant in Transition Town—ASAP. At the local readings she hosts, Mimi invites neighbors, as well as other accomplished poets, to the microphone. At this often hectic time of year, she offers two poems for us to savor. “Mind for Sound” reminds us that poetry is also word play. “After Thich Nhat Hanh’s Breathing” is Mimi’s take on the words of a Vietnamese Buddhist poet.

where the word hymn comes from—

the hum, the thrum in my chest,

a song, an air, an anthem

of them. Brash. Trust their muscle

Low, back of the teeth.

Breathing in, I see myself a flower

Breathing in, I am poised.

do not carry me away.

I have become boundless.

I have no luggage.

Please look at me

with the eyes of love.

Mimi Jennings is the author of two poetry manuscripts, Madonna, Immaterial Girl: Poem in Four Cantos and Stonecrop and Bloodroot, and the chapbook Family of Sonnets. Her work has appeared in many journals and anthologies. Mimi received the St. Catherine University Creative Work Award, the Banfill-Locke Writing Award, a first and a second from the Park Bugle and regional honors from the Maria Faust Sonnet Contest. A former French, English, prison-Dharma teacher, she hosts readings and sequesters with people from three continents.