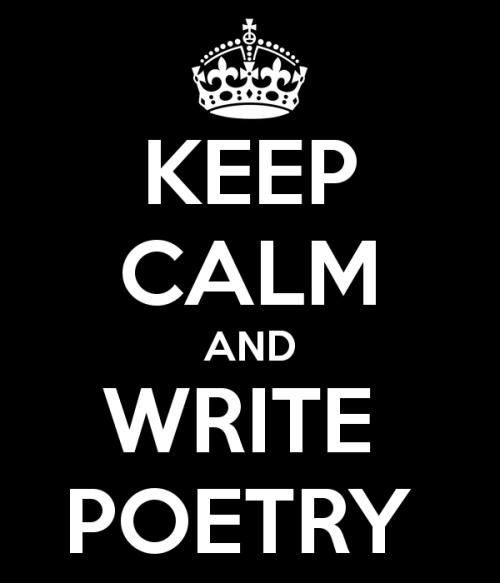 “Ashes to Ashes,” a poem by St. Anthony Park writer Susan Warde, is the winner of the 2016 Park Bugle poetry contest.

Our judge, poet LeRoy Sorenson of St. Paul, said Warde’s poem “is an excellent twist on the Cinderella story.”

“An ideal outcome is not always perfection,” Sorenson writes. “In an unusual turn of affairs, Cinderella misses some aspects of her previous life. As the poet writes: ‘. . . a brown bird who lavishes limpid notes on her . . . ,’ The ache in those words tells it all.”

This is the second time Warde has won the Bugle contest. She won first place in 2013 for her poem “The Seven Months that Aren’t Winter.”

Warde will receive the first-place prize of $50.

The prompt for this year’s contest was the word “privilege.” Contestants were not required to use the word in their work.

We have printed the three top poems here, along with a poem by Sorenson, a prolific writer whose was a participant in the Loft Literary Center’s Mentor Series and the Foreword program and was a semi-finalist for the Pablo Neruda Prize for Poetry, given annually by the Nimrod International Journal of Prose and Poetry. His work has appeared in a number of journals, and in February his book Forty Miles North of Nowhere was published by Main Street Rag of North Carolina. (You can find the book at mainstreetragbookstore.com and learn more about Sorenson at leroysorensonauthor.com.)

You can read all entries below. We’ve included a poem by our judge, LeRoy Sorenson.

They’re born with wit and beauty, with virtue,

pluck, and fortitude, but somewhere in between

they run out of luck: the poisoned apple

of a jealous queen, a thirteenth fairy scorned,

a father who takes a spiteful second wife.

But righteousness prevails in fairy tales.

Take the case of Cinderella, who rose one day

from the ashes of her servitude. The story’s end

was only her beginning. Breakfast now comes

on a golden tray with an unfurled lily, grown

in the castle hothouse, by her morning tea.

The glass slippers are chipped and drab but she

has a slew of jeweled shoes jumbled in her closets

and gowns galore. And the prince is very ardent,

when he isn’t hunting or tending to the kingdom.

her maiden days? Not the cold stones before

the hearth, of course, nor the scalding wash

that so hurt her tiny hands. Still, perhaps the girl

pines now and then for the fragrant dirt of the kitchen

garden with its serried lines of fledgling peas. Perhaps

she yearns for the modest brown bird who lavished

limpid notes on her from the knurled plum tree.

As first flurries start to fall, I head out back

To pick the year’s last raspberries from the garden patch.

Against the bushes’ mottled leaves

As I carefully fold back the sun-scalded bridal net

That kept the summer birds at bay.

We’ve had some frost already.

All Saints has been celebrated, and candles lit

Against the darkness of our forgetfulness.

The drooping canes, distant cousins to the princely rose,

Provide last sanctuary as I bend to tug each berry from its stem.

My harvest is a cupful and barely that,

But she will put them on her shredded wheat with sugar

And smile at me for my thoughtfulness.

My task complete, I retrace old steps across the withered lawn

Toward house and wife and kitchen fire.

Against my jacket sleeve before they too disappear.

I smile myself—and muse unspoken thanks

That canes and grass and rose will bloom again come spring—

That even at this icy edge of winter,

No one has been forgotten.

I can’t erase you from my address book

and I don’t want a new book without your name

in its alphabetical order.

I can’t throw away the expired jar of jam you

gave me two years ago for Christmas

even though pantry shelf real estate is at a

premium and there is a can of tomato soup calling for space.

The wicker furniture you sold me, at the

most ridiculous low price ever, sits proudly in the sun porch.

It needs paint but, I can’t seem to find a new color.

are packed in cardboard boxes—

I have the same books…now, I have a second set.

I couldn’t bring myself to tell him that—and I can’t donate them to charity.

Today I went to send out an email to “our group”—there was your name,

I couldn’t erase it, so I didn’t send the memo—I made someone else do it.

The scarf you gave me three years ago, still gets raves whenever

I wear it. No one knows it’s filled with spilled tears that come on suddenly

especially on gray days—because you’re not here for our 3:00 cup of tea and gossip.

I am mad at you because you left lightly, without luggage—no tangible pieces to weigh you down. And here I am—

of Saturday mornings when we would go shopping.

words of the dead in a language

circle miles away. On the farms,

They demand worship in coin unknown

to the young. Everyday magic consigned

to the pig sty. How can anyone measure

love here? On the plains, words

appear on the horizon, jump aboard gale—

a cheap ride to the next folly. Leave

the speakers dazed at their disappearance.

In some places, the dead and the living

are afterthoughts. Not here. Farmers

cling to what they know, who they

know. Their faces hard set against

prairie glare, the prayer on the edge

of their tongues poised for the last amen.

I walk the streets,

I walk the streets without fear,

I read the signs and speak the tongue,

I have places to go and people to see,

I do not feel alone in my journey,

I see light at the end of the tunnel,

Old and young, alike in so many ways

Except for wishing that it weren’t so):

Privileged to be a part of your lives,

I appreciate your letting me in.

I know it all

I know it all from the deck to the hall,

from the spring to the string to every old thing,

from a mouse to a house to a little baby blouse,

from a chair to my hair and everywhere.

A day goes by

And we smile a bit?

It’s good for the soul

yes, our friends are

Can we reach them?

A note or call of cheer

to do the little things,

in a book put aside.

Can we get from here to there?

Can we change the outdoor scenery?

No, but we can accept and

To be kind to others, some

that may grate our minds

Accept the day as it comes.

the chores will get done.

Save some tasks for each day.

It’s a way to play

the game of the living today.

On the Ball—In St. Paul

We should honor them

And turn our collective attention

Before we all lose our

To be on the ball forever.

Do you live twice as long when a poet?

before petals, curved as canoes, plummet,

poreless porcelain, cupping the damp floor of the garden.

As the slant of shadow intensifies

at the edge of lawn,

And there are birds on a wire,

faces all turned the same way,

Wind sharpened on their beaks.

Gardenias smell, heavy as a hangover, in humidity.

cookie-cuttered on a sunny wall.

How grateful I must be

for this peacock fan of image,

these bright dreams before a long sleep.

The man sitting alone in the restaurant

Had he asked for service for one

Attention to be paid only him

And, if so, had the wait staff cleared the restaurant

Or had he come in at the wrong hour

One of those in-between-sittings times

Or did the locals know something about this place

This stranger could not know until after eating

A man of his status deserved

Some years earlier, after a glorious concert in Amsterdam,

My wife and I stopped at a restaurant

Only to see the staff closing down for the evening

As we turned to leave, the owner escorted us back inside

The staff returned to their appointed stations

As we two received their elegant and unhurried care

The only customers to be seen

Filled in due course with hospitality flavored food

Watching the sun come up past

Feeling the wind rush through

The chill of a winter

landing on my cheeks,

And the taste of bitter

hot coffee from an

who have closed the door

on a certain aspect or purpose or person

This (to me) is poverty

for it means that part of one’s experience

“I will not look at the clouds on that side of the sky.”

Although I sometimes feel

I pray they do not

On Being Asked by the Barista if I’d like Whipped Cream.

because it’s early. Too early

for the war between tastebuds

I say, Maybe. It’s one of those days.

and the clocks keep count.

I say again, to stall for a few seconds,

my Levis nag and images of Olympic

perfectly curled behind. I say sugar is good- too good.

I remember reading that there used

to be sugar slaves.

Now there are just obese kids- too poor

for kale or quinoa- but not

kool aid. I say the injustice.

campaign. I say it’s too early.

But I see the can on the counter.

And the mocha would look so pretty.

At least I brought my own mug.

Being Here, Not There

I try to imagine being there,

afraid of a bomb or attack

if I drive to the market

where scent of smoke and garbage

mingles with pomegranate and grapes

or go for a walk

where shattered cement and rubble speak

of fallen friends and family–

the inevitable fallout of war

I drive my streets without a care

slowed only by occasional

When I park in the lot for groceries

my worries are small:

have I mislaid my keys

What luck of the toss

has placed me here?