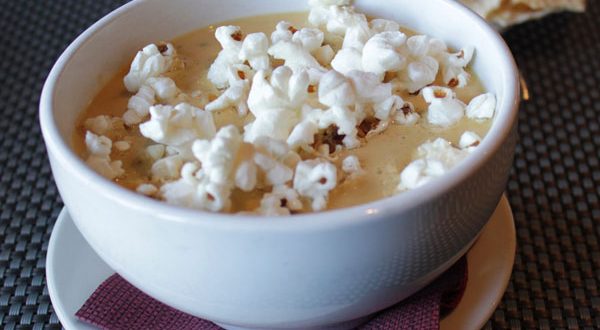 Introduced in 1977, the beer cheese soup was on the Muffuletta menu up to the end.
Photo by Kristal Leebrick

After 40 years as a landmark in St. Anthony Park and a reputation as a cozy restaurant for fine dining for people from all over the Twin Cities, Muffuletta closed on Nov. 11.

The fledgling idea of major restaurateurs-to-be Pete Mihajlov and Phil Roberts, Muffuletta continued to thrive in Milton Square on Como Avenue long after the “idea men” had become the face of Parasole Restaurant Holdings, opening other finedining establishments around the Twin Cities. Some St. Anthony Park residents had concerns after Muffuletta opened in 1977 because it offered wine (!) and beer (!), a first in the area. Over four decades, all was forgiven and area diners came to enjoy Muffuletta’s food and ambience.