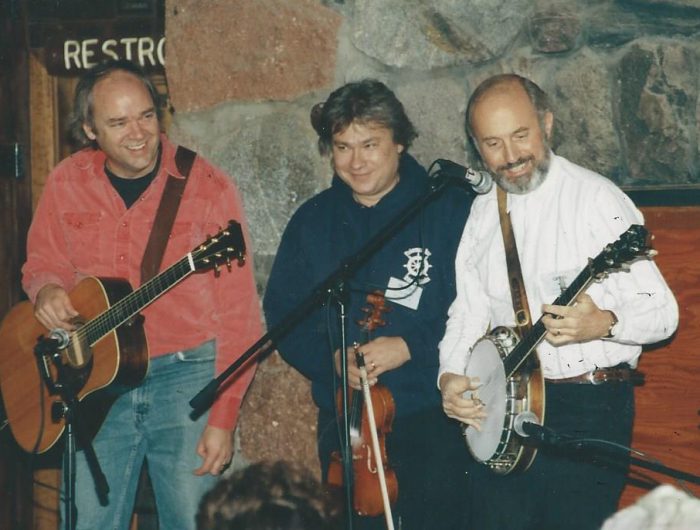 When my friend, Peter Ostroushko, died in February, he left a hole in the global acoustic music community big enough to drive a Mack truck through.

A mandolin player of inestimable talent, Peter was equally gifted on fiddle and guitar.

Initially, I had decided against writing about him for the Bugle, because encomia (high praises) had already been piled on him by the likes of Jon Bream and Garrison Keillor. But then I decided that, seeing as how Peter’s history had been covered, and appropriate superlative descriptors upon his amazing musicianship had been dished, I could write a personal piece, drawn from my memories of Peter.

I knew Peter Ostroushko for over 40 years. We were colleagues in the music world, working on “A Prairie Home Companion” public radio show, doing cruises around the western hemisphere and playing occasional gigs here and there in the Midwest.

Peter was a man of few words. But when he talked, you listened, and you almost always heard something worth hearing.

You learned early on that his taciturnity was not to be confused with his having nothing to say, and that it belied a terrific sense of humor. There are lots of Peter stories that I could tell.

I could write about him stealing the mandolin player from my group, The Eclectic Brothers, back in the ’80s, to form The Mando Boys, who got to play gigs in places like Central Park—the Central Park.

Or, I could tell how Peter and musical partner Dean Magraw, appearing on “The Cedar Social” (a TV show I did with fellow musician Pop Wagner in the ’90s), performed a song about Nelson Mandela that ran 12 minutes in a slot where they had been allotted four minutes. That threw us completely off schedule, but none of us cared—not Pop, not me, not our producer, not our director—because the song was so damned powerful.

Or, I could describe watching from backstage during a “Prairie Home Companion” broadcast as, following a raucous, bring-down-the-house, 15-person ensemble number, Peter walked out onstage all alone with just his mandolin and played a long, slow, careful composition that ushered the audience to an entirely different and wonderful realm and kept them there for the duration.

But, eulogies of great musicians tend to fixate on their, well, musical greatness, and often neglect their other qualities—some of them more important. So, let me tell my favorite Peter Ostroushko story:

In the 1980s, we were both part of a package tour that wound up in Tulsa, Okla. After everyone had been paid, I discovered that the tour manager had neglected to allocate money for my emcee work as promised. I appealed to the manager with no success, and was silently licking my wounds. Peter, alone among the dozen members of the tour, noticed and commented publicly on the injustice. It didn’t get me my money—that would have been the movie ending!

But I still remember Peter’s show of compassion and empathy all these decades later. They are as important to who he was as to what was his entire artistic output. Funny how such a little thing can say so much about a person.

Adam Granger, who lives in St. Anthony Park, is a frequent contributor to the Bugle and has written for, among others, National Lampoon magazine, Bluegrass Unlimited magazine and Flatpicking Guitar magazine.