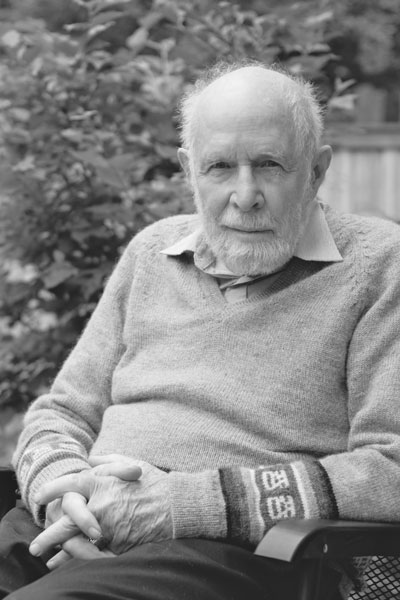 Music in the Park’s opening concert with the Kalichstein-Laredo- Robinson Trio on Sunday, Sept. 25, will be dedicated to the memory of Herb Wright (1917-2015), distinguished scientist, Regents Professor of Geology at the University of Minnesota, self-described “addict” of classical music, longtime resident of St. Anthony Park and friend of Music in the Park Series.

Wright’s more than 65-year career traversed his interests in geology, ecology, botany and archaeology. He advised more than 70 graduate students, edited 12 books and published nearly 200 journal papers. He became one of the world’s most distinguished Quaternary scientists with major contributions to the understanding of the landscape history and environmental changes over the past 100,000 years.

Wright was a gentle person who loved classical music. Born in 1917 in Malden, Mass., he sang, as a young man, in two church choirs “because one of them provided a little monetary support, and the other had a basketball team,” he once said. Later, studying at Harvard University, he joined the Harvard Glee Club, along with the legendary Leonard Bernstein.

A regular attendee at Minnesota Orchestra and the St. Paul Chamber Orchestra concerts, Wright particularly enjoyed the concerts presented by Music in the Park Series. Mozart, Beethoven, Tchaikovsky, Schubert and Brahms were among his favorite composers.

On Sept. 13, Wright would have celebrated his 99th birthday. With this concert, Music in the Park and Wright’s fellow music lovers will remember him and his love for classical music.