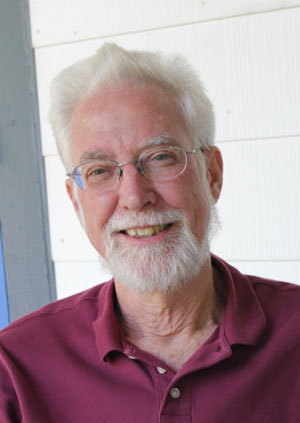 The Saint Anthony Park Community Foundation has named Sherman Eagles as the recipient of its annual Spirit of the Park Award. Eagles is a longtime neighborhood volunteer, activist and community supporter.

Eagles has served on countless city and district committees to help direct environmental and traffic programs in the community and in the city of St. Paul.

He was a key supporter of the neighborhood voice when he participated in the West Midway/South St. Anthony Project Area that eventually became part of District 12. In 1975, Eagles chaired the citywide task force charged with setting up the community council boundaries. He has since been active in various roles with the council over the years, serving on the full board and its committees numerous times.

Eagles has been part of the Transition Town organization and is currently helping to form a group to discuss ways to keep personal investments in the Twin Cities, and even more closely, in St. Anthony Park. He was an early leader in sustainable food efforts. He and his wife, Sue Connor, organized and continue to coordinate the St. Anthony Park Community Gardens. They were instrumental in efforts resulting in District 12 purchasing the garden site and have spearheaded the planting and maintenance of the prairie garden next to the gardens.

Eagles is currently the moderator of the neighborhood listserv, co-chair of the District 12 Land Use Committee and board member/liaison to the Creative Enterprise Zone. “I’ve been in this community for over 35 years and Sherm’s name kept popping up over the years,” said Jon Schumacher, the foundation’s executive director. “When I was hired by the foundation, I really started to understand how important he was for our community. He really deserves this honor.”

The Spirit of the Park Award is an annual recognition given by the foundation on behalf of the community. The award is presented during the 4th in the Park celebration at Langford Park to a neighbor who has demonstrated an extraordinary dedication to the St. Anthony Park community. In addition to the award, $500 will be granted in Eagle’s name to the 4th in the Park committee.