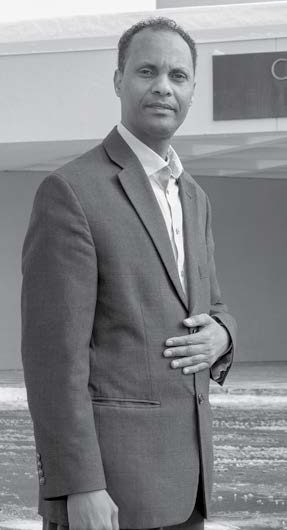 Omar Syed has filed for election to the St. Paul School Board, declaring that he wants to tackle the school district’s achievement gap, as well as social and racial inequalities.

The Somalian native fled the country in 1991 when war broke out and became a refugee in Kenya. Syed came to the U.S. in 1999 and went on to graduate from the former Arlington High School in St. Paul and then earned a professional certificate in health care from Century College.

“As an entrepreneur and health care professional, I know the value of a strong public education system,” said Syed, who is a pharmacy technician and owns a coffee shop on St. Paul’s East Side. Among other things, he favors hiring more teachers of color and investing in programs that help families learn English.