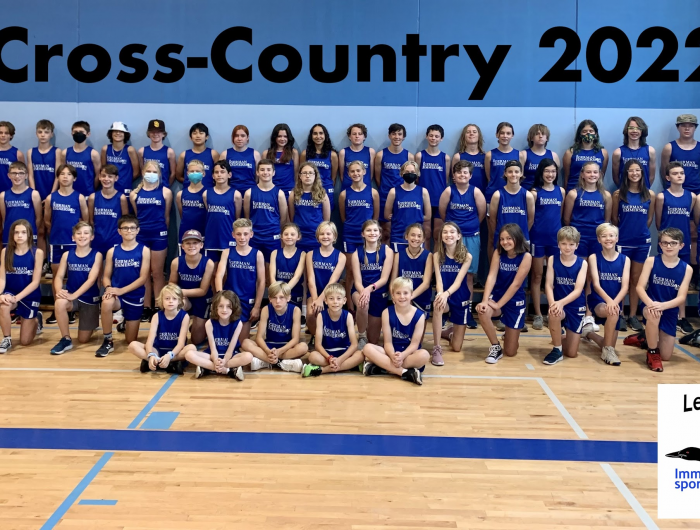 The Twin Cities German Immersion School cross country team has won two conference championship titles since 2018: the first for seventh and eighth grade boys in 2019 and the second for fifth and sixth grade boys in 2021.

But during the fall 2022 cross country season, the Immers (Gavia immer or loons) surpassed all expectations.

The cross country season began at the Como Relays each Wednesday in August. These races tested the Immers’ ability to run in the heat and humidity.

Meanwhile, the Muddy Water XC Conference Championship Meet was held in Como Park on Oct. 14 with harriers running from nine schools during a cold and rainy day.

Adding to the Immers’ successful season, the fifth- and sixth- grade boys as well as the seventh- and eighth- grade boys teams are undefeated, finishing in first place as a team in each conference meet and invitational for the 2022 season, including Simley Invitational, Eagle Ridge Academy’s Invitational, and Mounds View’s Mustang Invitational.

The Immers have most recently competed in the 2022 USA Track-and-Field Minnesota Junior Olympic Cross Country Championships on Nov. 6 on the windy and hilly course at Gale Woods Farm. Thirty-nine harriers have qualified for the USATF JO XC Nationals in College Station, Texas, on Dec. 10.