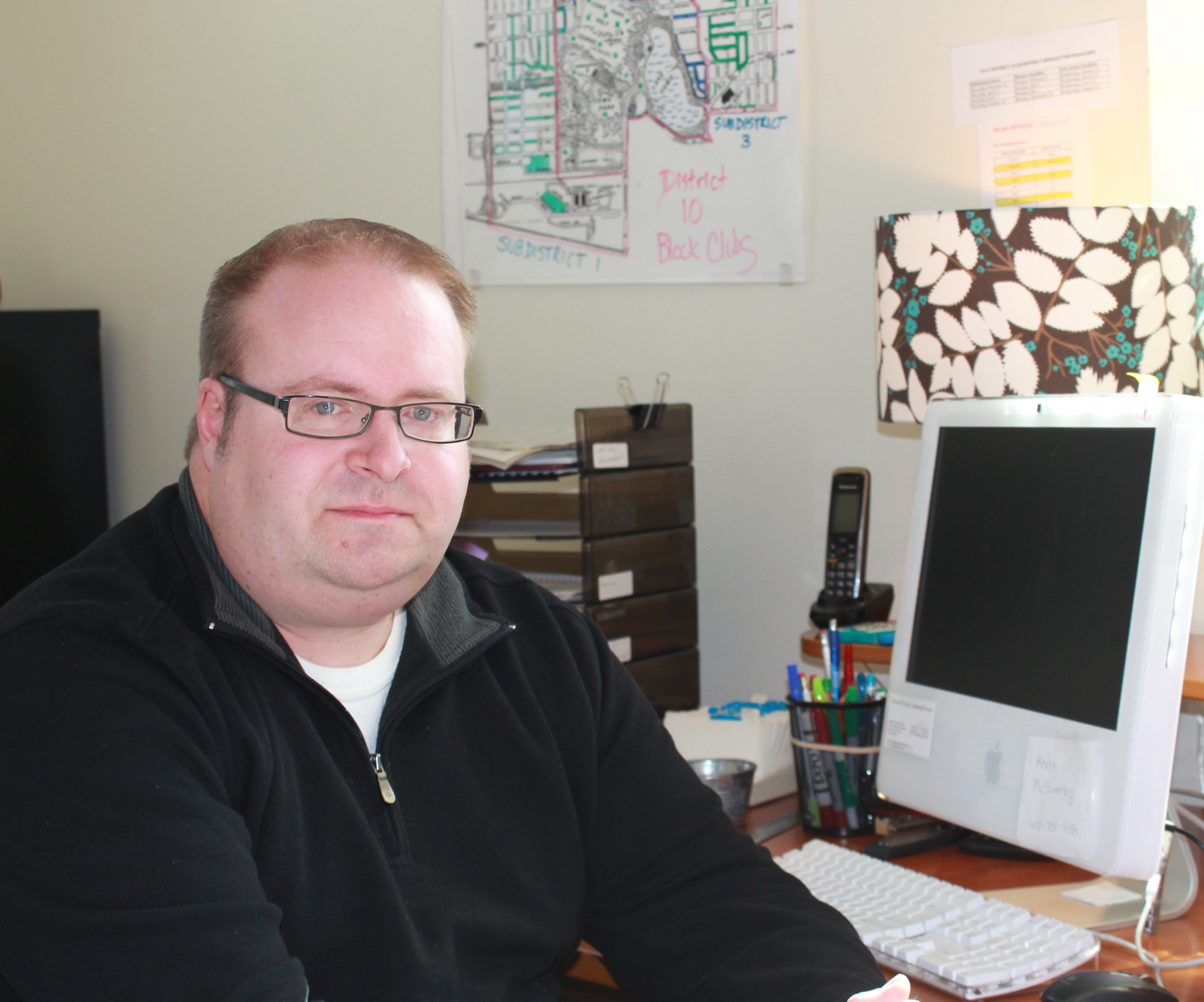 Ted Blank has been named District 10 Como Community Council’s administrator and coordinator, the main staff position in the district.

Blank, who had served on the District 10 Community Council Board for two and a half years, most recently as board treasurer, brings with him a strong background in marketing. Blank stepped down as treasurer to assume the staff position.

Administrating an independent nonprofit like District 10, “is an area where I wanted to gain more experience,” Blank said. The timing was good, “and I can walk to work.” Blank and his partner, Chad, have been homeowners in the Como Park neighborhood for 10 years.

A native of Lacrosse, Wis., Blank came to Minnesota to attend St. Olaf College in Northfield. He went on to St. Thomas University, where he earned an MBA. “I ended up in the Twin Cities working in marketing,” he said. Most of his career was spent at Hennepin County Medical Center.

Blank replaces Jessica Currier, who had been in that position for two years. She has taken a job with the City of Eagan Parks and Recreation and Public Works Department.

Looking ahead, Blank’s immediate tasks include working on the upcoming Como Fest, set for July 18-21; enhancing the district’s outreach and communication; and facilitating the challenges the district will face as it brings the South Como neighborhood into the district. The district will grow by 35 percent, Blank said. “That will be a huge challenge for us in a lot of ways—from the top level of getting [new neighbors] engaged to mundane things like recycling dates. Right now [South Como] has a Wednesday recycling date and we are Mondays.”

The District 10 board appointed an ad hoc committee to work on the issues related to the boundary changes at its April 16 meeting. The change is slated to happen after Jan. 1, 2014.