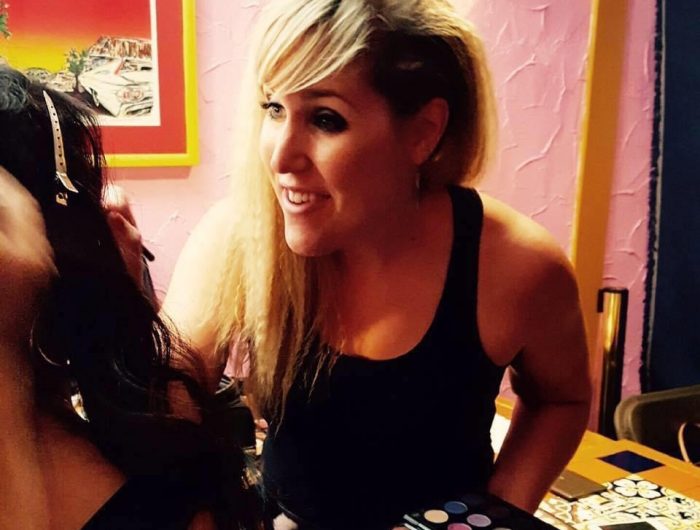 The beauty salon known as Theresa’s Hair in Energy Park is changing owners.

Theresa Black has sold her shop, which she has owned since 1999, to Brook D. Carl, who has been a cosmetologist for the past 11 years.

Black recently put her shop, 2233 Energy Park Drive, up for sale when she decided to retire after more than 40 years in the hair styling business.

Carl told the Bugle, “I’m super excited to have found a place that is less than three miles from my house in Como Park.” She noted she had been searching for more than three years for a salon location closer to home.

At press time, Carl hadn’t settled on a new name for the shop and was still contemplating what changes, if any, she might make at the salon.

“I’m hoping three to four other new stylists will want to join me in the space,” she said.

Black had sent an email to vari­ous stylists, including Carl, about her plans to sell her shop and retire.

For Carl, the journey to owning her own beauty shop has been somewhat circuitous.

A native of the rural area between Duluth and Two Harbors, Carl earned a B.A. in fine arts in design and technical theatre from the University of Minnesota at Duluth. Her emphasis was costume and makeup design.

In 2002, Brooke worked for VEE Corp., which made mascots for companies such as Universal Studios, the NFL, NHL, NBA and Major League Baseball. When work slowed down, Brook moonlit, stitching costumes in the Guthrie Theater’s costume shop.

“I really loved doing theatrical makeup and wanted to explore that more,” Carl recalled. “The wig department at the Guthrie takes care of any special makeup needs, but I would also need to know how to do hair to get that position.

“So I decided to go back to school at the Aveda Institute in Minneapolis and get my cosmetology license so I could pursue that job,” Carl continued. “I discovered that a lot of what I liked about theatre—getting people ready for the big show—also applied to the beauty industry.

“I got a part-time job (in addition to my stitching job) in retail cosmetics with MAC Cosmetics while I was waiting for a wig position to open up. I loved it, got promoted and started a management career with them, leaving my theatre work.

“After about five years, I got a little burned out of the retail schedule and dreamt of working for myself,” Carl continued. “The best path to that for me was moving on to working in a salon where I could combine many elements from my past jobs into a career I really love.

Carl’s purchase of Theresa’s Hair comes despite the Covid pandemic affecting business for all kinds of enterprises including hair stylists.

When she is not working as a hair stylist, Carl said, she enjoys traveling, rollerblading, gardening and visiting family and friends.