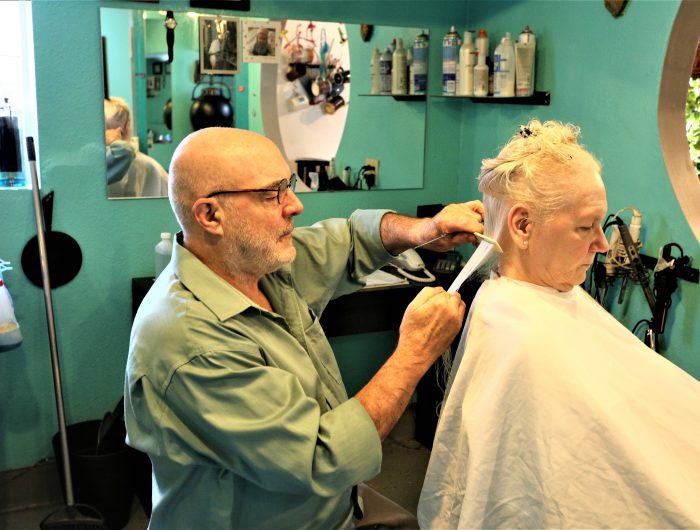 “I am planning to move back to Ireland,” explained Owens, who grew up in Dublin, moved to the United States in 1980 and now wants to retire to his boyhood country to pursue doing metal sculpture.

Now, Owens, 65, plans to retire from Turning Heads by the end of February when his current lease expires. Up for sale in the 900-square-foot shop are, among other things, two styling chairs, a shampoo chair, mirrors, floor mats, storage cabinets and a tool chest.

During his 34 years as owner of Turning Heads, Owens has built a client list of more than 300 people.

Owens said recently he considers hair styling a refined art, with precision hair cutting a necessity to make the most of each client’s hair and bone structure.

“It’s the cut that counts,” he said he learned early in his career.

“There is a great pleasure in doing it,” Owens said. “Hair cutting is a way we can personally connect with people.”

For further information, interested parties or prospective buyers can call Owens at 651-290-9003 or contact him by email at eddie@eddieowens.net.