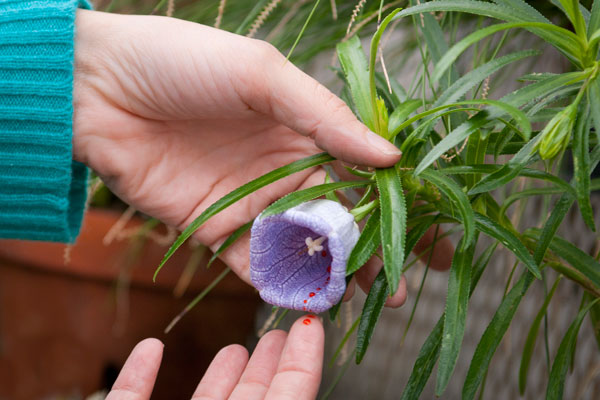 The crowds that came to experience the noxious odor of the blooming corpse flower are gone and things are pretty much back to normal at the plant conservatory on the University of Minnesota’s St. Paul campus.

That’s not all good, because the College of Biological Sciences greenhouse is showing its age and the university is hoping that the current state Legislature will help fund a $6.6 million replacement through its bonding bill.

When the Park Bugle visited on a recent rainy afternoon, there were puddles on the floor from a leaky roof and visible deterioration in the concrete walls and foundation.

“In the wintertime, there’s always green grass around the building due to heat loss,” said Lisa Aston Philander, the conservatory curator. “We must have the largest carbon footprint on campus.”

Despite its deficiencies, the 40-plus-year-old greenhouse continues to play an important role as an education resource for university students from multiple disciplines, K-12 students and community members, and as a research facility for faculty.

Globally, plants are in the same kind of jeopardy as bird and animal species due to habitat destruction and climate change, Aston Philander said.

“There are 1,200 plant species here, many of which are rare and endangered,” Aston Philander said. “The conservatory provides a snapshot of the evolution of plant species, including examples of plant adaptation to various environmental extremes.”

The conservatory is home to two types of kale that date to medieval times, as well as the largest collection of impatiens in a public setting. One type of European barberry may help the U.S. Department of Agriculture study wheat rot rust. And a South African wild ginger used widely in folk medicine holds promise for pharmaceutical development.

The corpse flower, a native of Sumatra, was the conservatory’s star attraction this past February, with people lined up to get a whiff of its aroma, said to be similar to that of rotting flesh. A side benefit was that quite a few of the visitors signed up to volunteer at the greenhouse, Aston Philander said.

If approved by the Legislature, the new Plant Growth Research Facility would be built on Gortner Avenue, a block or two from the current Lindig Street site on the north side of the campus.

At this writing, the funding was being considered by House and Senate committees.