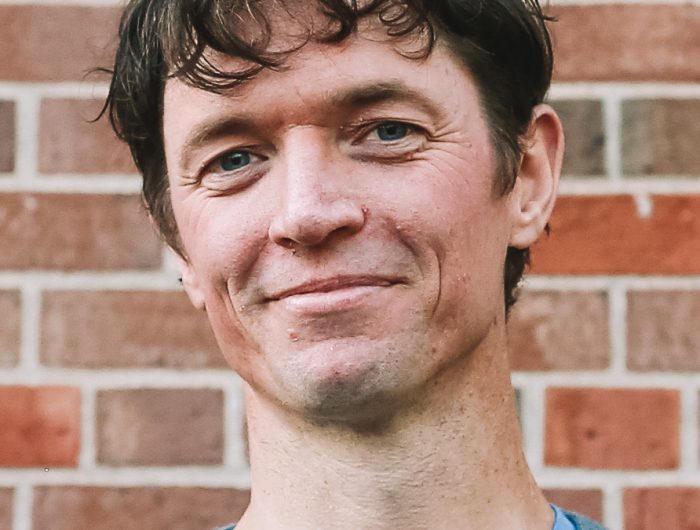 Kevin Lally is an educator and author of the book “Whiteness and Antiracism: Beyond White Privilege Pedagogy,” first published in April 2022. He identifies himself as White.

While he lived in St. Anthony Park as an infant, Lally now lives in Minneapolis with his family.

Q: Kevin, can you tell me a little about the work you do?

A: I’m a teacher educator. I teach high school English and literary arts at Perpich (Center for Arts Education) and I do racial equity work focusing on Whiteness and White supremacy with educators, counselors and community members.

Q: How did the idea for your book, “Whiteness and Antiracism,” come to you?

A: I’m building on the work of Black thinkers like W.E.B. Du Bois, James Baldwin and Toni Morrison, who have told us for decades to focus antiracist work on Whiteness and White people. I was raised with McIntosh’s idea of the invisible knapsack of White privilege. That’s what I was taught, and that’s what I taught my students. (Editor’s note: “White Privilege: Unpacking the Invisible Knapsack” is a 1989 essay by Peggy McIntosh, an anti-racism activist and scholar.)

Only it didn’t work. Despite years of trying, it didn’t seem to move anyone or change anyone’s heart or mind. I didn’t have the right tools to address these good-hearted White kids, and that problem became the basis for “Whiteness and Antiracism.” We need new tools to address White supremacy and racism. I hope this book is a step in that direction.

Q: You recruited the help and wisdom of high school students while writing your book. What about their experiences has most affected you?

A: The young people brought a typical astounding vulnerability to the project. They spoke candidly and profoundly about their conflicted feelings around call-out culture and the idea of White privilege.

What struck me most, and what became the central focus of my work, is how these smart, capable young people felt that they had always already failed at anti-racism. They were 17, 18 years old and they felt simultaneously deeply concerned and hopeless about racism. Their honest reckoning with the conflicts experienced by many White people helped me understand the shortcomings of how we as White people have struggled with race in the U.S.

Q: How have readers responded?

A: The folks I’ve heard from have found the book useful, which is a relief! I try to address and move beyond guilt and shame about being White, which seems to be in the way of anti-racism for many White people. I offer some new ways of thinking about Whiteness and racism that I believe are more conducive to anti-racist action.

Q: When you look to the futures of anti-racism and the education system, how do you feel?

A: I struggle with this question. In so many ways we’re fighting the same battles with the same people, sometimes using the same language, as we have for decades. Far too many White people seem to think that racism will go away on its own.

Racial equity is the work of our lives, and there’s a lot of work to do. At the same time, a growing coalition of activists and organizations are asking important questions of educational structures (rather than of teachers and families). I’m encouraged by that.

Sarah CR Clark lives in St. Anthony Park. Know of anyone who would be a good subject for a Voices profile? Please email sarah.cr.clark@gmail.com or Bugle editor Scott Carlson at editor@parkbugle.org.