Voters in Lauderdale will elect a mayor and two City Council members.

Mary Gaasch seeks re-election as mayor and is unopposed. Council members Roxanne Grove and Andi Moffatt seek re-election to the City Council; they are being challenged by newcomer Zak Knudson. The Bugle asked each candidate to list their top three city issues and how they would address them. We also asked each person what makes them a strong candidate for election.

Mary Gaasch served two terms on city council, became mayor pro tempore in 2014, and was elected mayor in 2016. Her top three issues for the city are: buying back and repairing some country roads; redeveloping a recently purchased site for housing, ideally for seniors; and conserving nature areas and public access around Luther Seminary land that is under consideration for proposed sale for development. 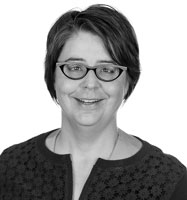 She added, “I am most proud of the civil way we conduct business as a council, disagreeing respectfully, listening to all of our citizens, and deeply engaging all stakeholders. In Lauderdale, we practice genuine democracy, and we provide great quality services to our residents at a low cost per capita.” Gaasch is a program director at Hammer Residences, a nonprofit serving people with disabilities.

Three candidates are vying for two seats on the City Council.

Roxanne Grove was first elected to the council in 2008. She listed city priorities as: working with the county to turn back stretches of Eustis Street and Roselawn Avenue to the city, and plans to rebuild them; addressing concerns from Lauderdale and St. Anthony Park residents about the green space

adjacent to recent Luther Seminary development; and “redevelopment projects in various stages of completion, including the former Chinese Church, decrepit homes on Eustis, and the old car repair shop on Larpenteur.”

Grove added, “I am incredibly excited about the redevelopment of the Chinese Church and the two dilapidated houses on Eustis.  I also spearheaded the efforts to revisit the tobacco ordinance and to raise the legal age to buy tobacco to 21 years old, and to eliminate the sale of flavored tobacco.” Grove has been an employee at HealthPartners since 1993, where previously she was a depression care manager and now is working as an OB-GYN.  For more information on Grove, visit her website at roxanneforcouncil.com

Zak Knudson, newcomer to the race, listed the top three issues as “infrastructure, infrastructure, infrastructure,” including individual properties owned by the city; reconfiguration of Eustis Street and Roselawn Avenue; and “the future of our Larpenteur downtown area.” He wants “to beautify our city, create a more walkable, safe city for our pedestrian and car traffic, all while preserving the character of Lauderdale.” 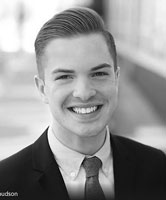 Knudson, a data analyst at Coloplast, added, “I started serving my community at age 17 in my hometown, serving as youth representative on the Economic Development Authority Board. Since then, I worked as a tutor for three years at a local elementary school while attending college, and have been involved with Lauderdale’s Comprehensive Plan. I am passionate about improving our city through safety, beauty, and preservation.”

Andi Moffatt was appointed to fill a vacancy on the City Council in January 2017. Her   priorities for the city are: redevelopment of the former school/church site now owned by the city; maintaining and improving roads, including the county-to-city turnback of Eustis Street and Roselawn Avenue stretches; and use of the wooded area in connection with Luther Seminary development, preserving green space while providing for “limited development.” 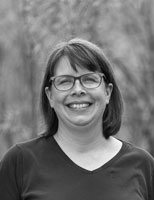 Moffatt, a manager at WSB & Associates engineering and design firm, added that her background in biology and her experience working with a civil engineering firm helped prepare her for the role.

“I have a strong understanding of local government and infrastructure projects. I have helped other communities develop policies and projects on environmental, infrastructure, and stormwater issues. I want to continue to bring this experience to benefit the city,” Moffatt stated.